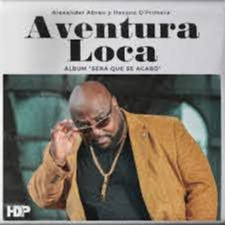 Toulouse, in France, is one of the European cities, where the acclaimed Cuban ensemble will delight their audience with their art. Havana D'Primera will perform at Bascala Concert Hall, on October 8th.

The tour includes also a presentation at Yowke Concert Hall, in Madrid, on October 14th, followed by another one in Valencia, on October 17th.

From Spain, Alexander Abreu and Havana D'Primera will return to France, for a concert on November 1st, closing the Festival International Cubano Orange.

Alicante, Copenhagen and Stockholm are other European cities, where Cuban music lovers will have a chance to enjoy the art of the emblematic Cuban band. Alexander Abreu and the musicians with his band will perform tunes from their vast repertoire, as well as pieces from their latest album ‘Será que se acabó.’

Released in October 2020, the band’s latest musical production is a tribute to renowned Cuban musicians from the 1990s and their hit songs.