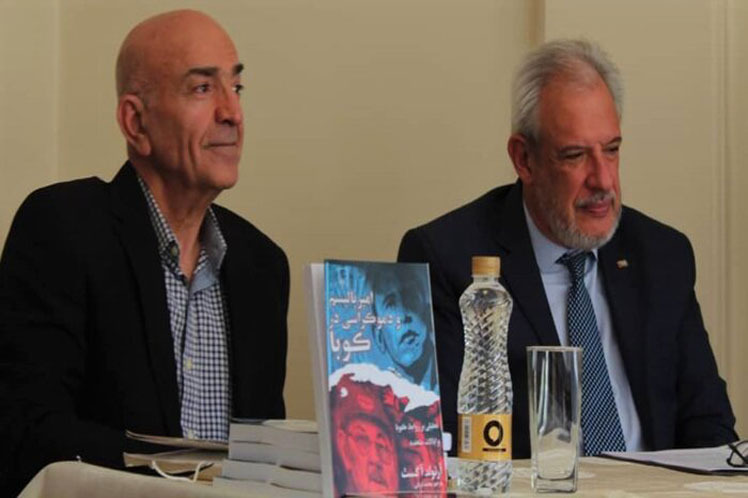 Teheran, Oct. 5 (RHC)-- A new edition in Persian language of the book ‘Cuba-US relations: Obama and beyond’, by prestigious Canadian researcher Arnold August, was presented at a ceremony hosted by the Cuban embassy in Teheran, Iran, on Monday.

Cuban Ambassador Alexis Bandrich Vega presented the title and read a message sent by the book's author, who is a close friend of Cuba.

The Cuban diplomat said the book is a valuable tool to better understand the complex relationship between two neighboring nations.

Ambassador Bandrich Vega stressed how the book by Arnold August underscores the firm resistance by the Cuban people in the face of Washington’s continued attempts to destroy the Cuban Revolution. He added that the text invites readers to go deeper on this issue.

With a brief foreword by August himself and the epilogue by prominent Cuban intellectual Luis Toledo Sande, the book ‘Cuba-US relations: Obama and beyond’ was translated into Persian language by Iranian academic Mohammad Ghorbani, a solidarity with Cuba activist with a vast work, translating books, articles and research papers, particularly about Cuba's reality, its people and their Revolution.