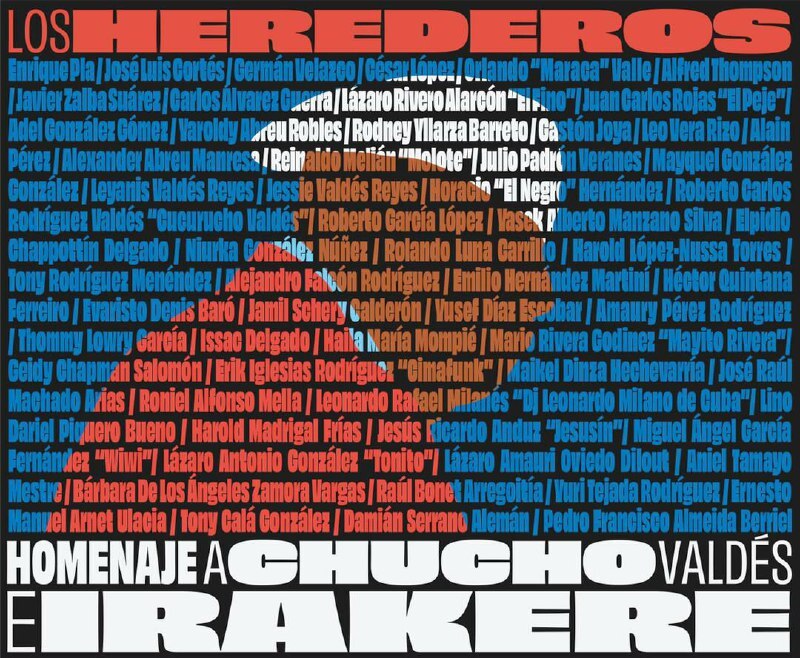 Havana, January 25 (RHC)—The album "Los herederos", as tribute to maestro Chucho Valdés, and the band he created Irakere was recorded over the past several months of physical distancing due to the Covid-19 pandemic.

With 10 tracks, produced by the Record and Musical Editions Company EGREM, the album proposes a journey from traditional Cuban rhythms to contemporary sounds, even electronic music.

The album was presented in Havana in the framework of the just concluded 37th edition of the Jazz Plaza International Festival by musicologist Elsida González, and some of the musicians who collaborate in the Project: flutist Orlando Valle "Maraca" and saxophonists Germán Velazco and César López.

During the presentation, they spoke extensively about the golden years of Irakere.

The making-off of the recording at Estudio 18 of EGREM, was also presented, directed by Rolando Almirante, along with snapshots taken during the whole process by Alejandro Azcuy, with emphasis on the high technical level and the complex arrangements.

The frist track from the album ‘Los Herederos’, entitled "Baila mi ritmo", will be released on January 28th. Produced by Leonardo Milano and Roniel Alfonso, it features Cimafunk singing a new version of one of the most iconic dance tunes by Irakere and Chucho Valdés.

Irakere was founded in 1973, devoted to songo, Latin jazz, fusion and Afro-Cuban rhythms. It is considered a pioneer of Cuban jazz.