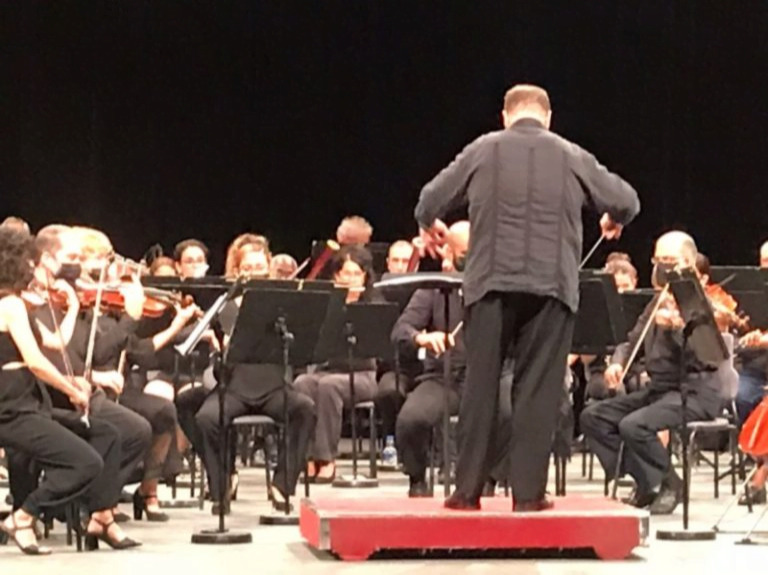 Havana, May 23 (RHC)-- Cuban President Miguel Díaz-Canel attended the closing concert of the first week of the 25th edition of the Cubadisco 2022 Cuban Music Fair.

From the Covarrubias Hall of the National Theater, the National Symphony Orchestra of Cuba starred in the show, which on this occasion was conducted by the prestigious U.S. conductor Stefan Sanders.

Maestro Sanders proposed an attractive program that included works by renowned composers from the United States, jazz and film music, and featured the always acclaimed performance of the talented pianist Aldo López-Gavilán.

At the same time, Mirtha Ramos, vice president of the Organizing Committee for the Centennial of Radio Cubana, awarded the Cuban Radio Centennial Seal to the Cubadisco event on its 25th Anniversary. Indira Fajardo, President of the Cuban Institute of Music, received the award.