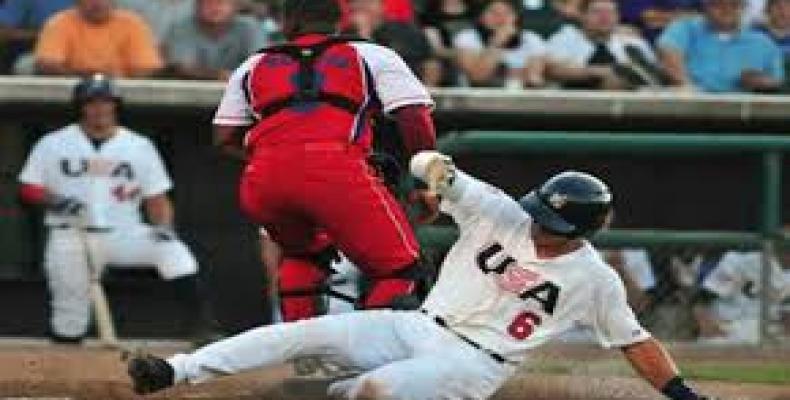 Durham, July 7 (RHC)--  Once again the cursed combination led to a defeat of the Cuban national baseball team: little batting and bad pitching led to Cuba's defeat to the United States in the fifth and final challenge of the bilateral match with the College team, that took place in Durham, North Carolina.

A disproportionate slate of 10 runs to 2 expressed what happened on the field, and left the series with a final result of 4-1 in favor of the hosts.

Four runs in the second inning, three in the fifth and the same number in the seventh was the U.S. team progress on the match,  in which they batted 18 hits and made no errors.

The Cuban team will travel to Havana and will then travel Managua for a training match  against Nicaraguan team , prior to the island’s participation  in the Lima Pan Am Games, starting on July 26th.

The Cuban baseball team's  goal on Peruvian soil is to regain the continental crown, that it lost in the Games of Guadalajara  held in 2011.