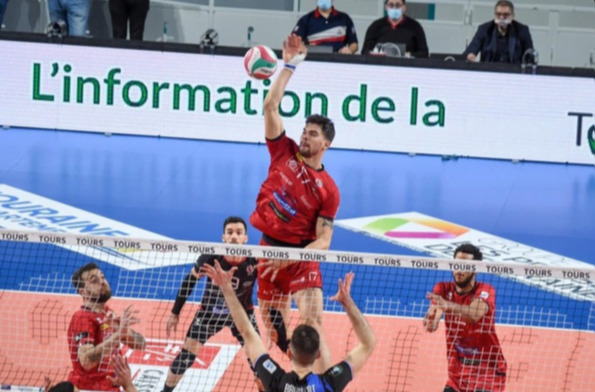 Havana, October 18 (RHC/JIT)-- Cuban volleyball players from Chaumont and Cambrai contributed again to the victory and their respective teams added their second in the recently started regular season of the French Men's Volleyball League.

Chaumont, runner-up in the previous campaign (2020-2021), swept the team that has just been promoted to this first division, Plessis Robinson, with partials of 25-19, 25-17 and 25-21, in a match in which three of the four West Indians took the court, according to the site deportes.info.

Roamy Alonso was nominated the Most Valuable Player of the duel with 11 points, seven of them in attack in his 10 attempts for a 70% of effectiveness, as well as four blocks, undoubtedly another performance of the young center who in the opening match when his low performance led him to the bench.

Left-handed opposite Jesus Herrera added 15 units (11 attacks-2 blocks-2 aces) and corner player Osniel Mergarejo 9, all in his 14 attack attempts for an efficiency of 64 %, while in reception he worked for 68 % in those evaluated as positive and 43 % in those of excellence.

José Miguel Gutiérrez, a debutant in this club, did not play, as he did it last season with Poitiers.

Liván Osoria once again stood out with an offensive contribution of 8 goals, three in attacks of four attempts for 75 % of effectiveness, as well as five blocks, the same amount as in his first outing in this tournament.

Chaumont will face Paris and Cambrai will face Piessis-Robinson on October 23 for the third day of the French League.

On the 22nd, the Tourcoing team of Cuban Julio César Cárdenas will face Montpellier. The Cuban Julio César Cárdenas' Tourcoing team, which at the beginning of the season, had a first setback against Chaumont 1-3 and on Friday a victory over Toulouse 3-2 in a hard-fought match that ended with scores of 25-22, 21-25, 19-25, 25-16 and 16-14 to place ninth out of the 14 contestants.

Cardenas went to the court in the fourth set for Brazilian starter Gabriel Vaccari. The 21-year-old 197 cm tall West Indian corner player responded to the confidence placed in him with a decisive contribution of 15 points, including 12 attacks in 16 attempts (75% efficiency), 1 block and 2 aces, in addition to a timely defensive contribution.