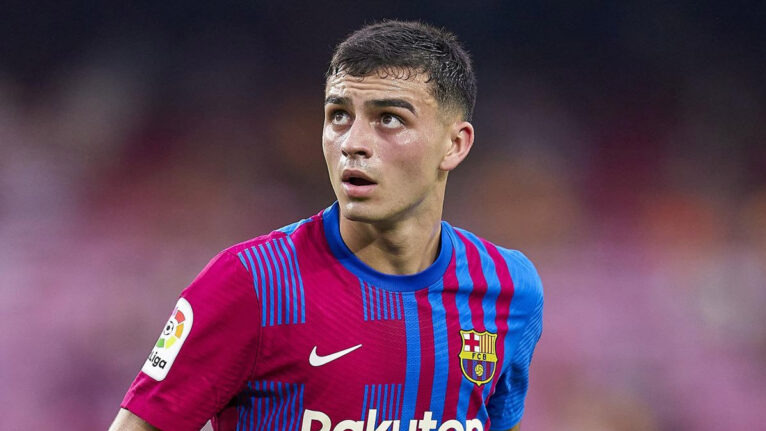 Havana, November 22 (RHC)-- Spanish soccer player Pedro Gonzalez, midfielder of the Barcelona club, was awarded today with the Golden Boy 2021 prize given by the Italian newspaper Tuttosport to the best European U-21 player of the season.

Pedri, as he is known to friends and fans, received 318 votes from the specialists, 199 votes ahead of Borussia Dortmund's British midfielder Jude Billingham, who received 119 votes.

Shortly after learning the news, the young Barça player thanked the Italian newspaper and the members of the jury for choosing him for the award.

Pedri also thanked his Barça teammates, his national teammates and his family for their daily support.

The Spanish player beat in the voting other talented players such as the French Eduardo Camavinga (Real Madrid), the also Spanish Bryan Gil (Totthenham), as well as the German Jamal Musiala (Bayern) and his teammate in Barcelona, Gavi, among others.

In this way, Pedri takes over the list from Norway's Erling Haalland (Borussia Dortmund), and in Barcelona's list from Argentina's Lionel Messi, who was the last player from that team to win the award, then in 2005.

To win the Trophy in the 19th edition of the Golden Boy award, Pedry developed a great performance with his team, champion of the Copa del Rey, as well as with the Spanish national team in the Eurocup, in which he was chosen the Best Young Player and finished in the ideal team.

Moreover, Pedri was vital in the performance of the U-23 team that finished with silver at the Tokyo 2020 Olympic Games.