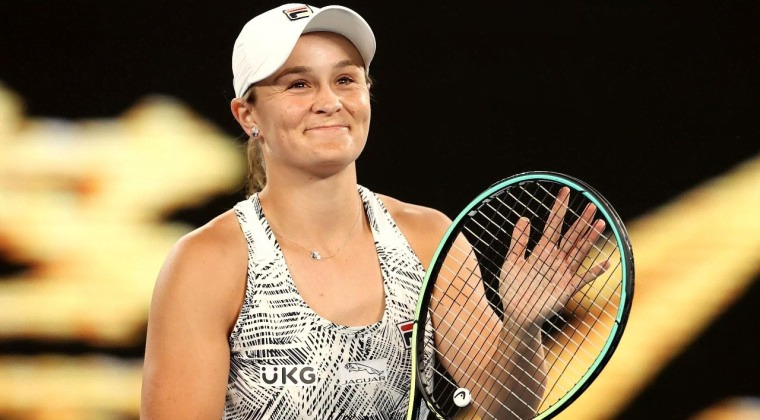 Barty conquered the third Grand Slam of her career after triumphing at Roland Garros in 2019 and Wimbledon in 2021, and broke an adverse streak of 44 years without lifting the trophy of the lid for Australian players. The last crown for a local tennis player was won by Chris O'Neill in 1978.

The first racket of the world won the trophy without playing her best tennis, and far from the dominance she showed in her six previous matches in the first "major" of the year.

In the opening set she saved the only break point she conceded and did not miss the only one he had in her favor to win the set in 32 minutes.

However, her performance dropped at the beginning of the second set when she gave up her serve twice, and she was down 1-5 until she took advantage of the unforced errors and double faults of the American to recover and equalize the set at five.

Collins extended the set to a tie-break, but Barty appealed to her greater experience and greater precision in her strokes to win the title.

On Saturday, Barty won 10 points to the defeated player's one, won 82 percent of the points with her first serve against her opponent's 63 and won three breaks in five opportunities to the American's two in four occasions.

The world number one was participating in her ninth Australian Open, a tournament in which she had never advanced past the semifinals (2020).

In the process, she became the only player in active service next to the American Serena Williams to have won the Grand Slam tournaments on all surfaces (hard, grass and clay).