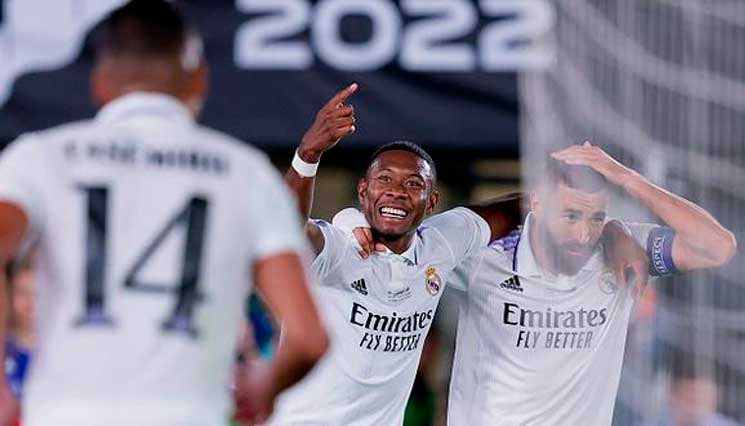 Austrian David Alaba opened the scoring for the Spanish and continental champions in the 37th minute and Frenchman Karim Benzema sealed the game (65th minute) for Los Merengues, who won their first of the six trophies they are competing for this season.

In the history of the competition, the Spanish team now has five titles (2002, 2014, 2016, 2017 and 2022) and erased the bad taste of its previous participation in the tournament, four years ago, when it lost to Atletico Madrid in Tallinn.

In addition, the Merengues' Italian coach Carlo Ancelotti became the coach with the most European Super Cup titles, with four, to leave behind the three of Spain's Josep Guardiola.

Eintracht, 62 years after being defeated 3-7 by Real Madrid in the final of the European Cup -now the Champions League-, lost again to the same opponent, although this time without such a heavy result.

The white team imposed its rhythm against an opponent that offered some resistance in the first half and had chances to score, but in the end could not beat the Madrid defense.