Cuban archers without a team ticket to the Pan American Games 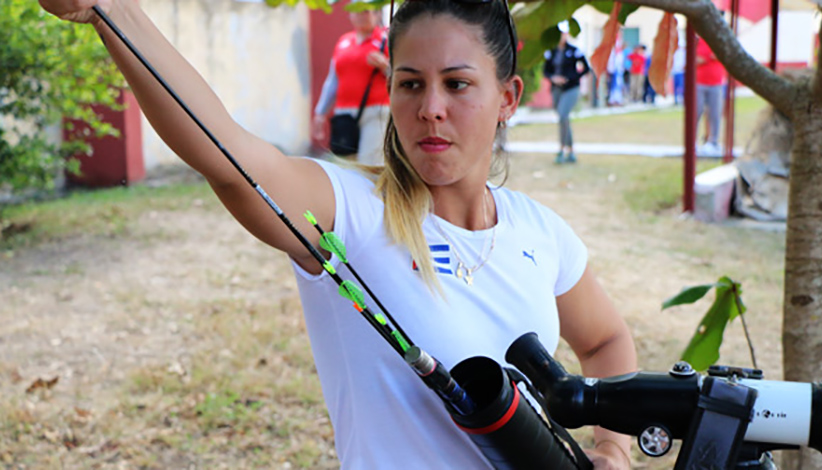 Havana, November 24 (ACN)-- The Cuban women's team was left without a ticket to the Pan American Games in Santiago de Chile 2023, after losing to the Brazilians in the continental archery event being held until the 27th in the Chilean capital.

Elizabeth Rodriguez, Maydenia Sarduy and Yailin Paredes, won with a score of 6-0 against the Ecuadorians in the quarterfinals of recurve archery at 70 meters, but for the pass to the multi-sport event of next year they lost 2-6 against the Brazilian team, according to the official website of the event.

As it happened this Wednesday with the men, the Cuban archers still have options to secure individual quotas in that competition.

There will be a second qualifier in 2023, but the venue has not yet been defined, but it should take place between April and May, said Vladimir Quintas, head coach, to the sports publication JIT.

In order to guarantee some individual places, a special round will be held with the athletes of the countries that did not get tickets as a group, and in that instance the best four, in both sexes, will secure their tickets.

Among the women, the teams from the United States and Mexico will compete for the gold medal next Sunday, while Canada and Brazil occupied places three and four, respectively.

The representatives of the Caribbean nation still have to compete in the mixed event, in which Cuba will be represented by Franco and Rodriguez, in addition to the aforementioned individual event in both the men's and women's categories.

The Cubans Leydis Posada and Alejandro Hernandez will also go in search of quotas, but to the Parapan American Games, also in Santiago de Chile 2023.

The two archers from the island will participate in the W1 modality (people with disabilities), in which 11 places will be granted for women and the same amount for men.