Cubans lose to Mexico in Centrobasket 2022 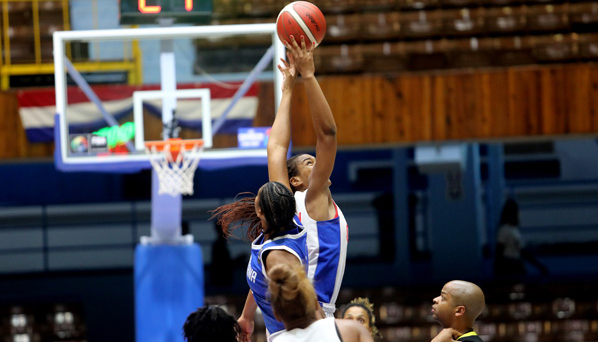 Havana, November 25 (JIT) - In a duel fought until the last seconds, the Cuban team fell to Mexico during its debut in group B of the Women's Centrobasket 2022 in Chihuhua, Mexico.

The Cubans came out ahead and managed to dominate the first half 19-13, but a poor offensive performance in the second (8-16) allowed the hosts to take the lead at halftime by 27-29.

The third period was much more disputed with a final score of 18-20, until the 14-19 of the fourth and last period left the Antilleans with no options.

The Mexicans, visitors at home and dressed in an unusual pink alternate uniform, won the game 59-68 and qualified for the semifinals. They had previously defeated El Salvador by a comfortable score of 61-48 on the first day.

MargaroPedroso's girls played without complexes against the home team and achieved similar records in many aspects of the game, such as the percentage in three-pointers of 18% compared to 20% achieved by their victims.

All these numbers show parity and balance that were only broken in the effectiveness in field goal shooting, aspect in which the Mexicans achieved 55% and the Cubans were far behind with 33%.

This explains the disadvantage in the scoreboard of two teams that played at a similar level on the court, a fact that, despite the defeat, leaves a good feeling, understanding that this Friday's opponent seems less complex.

Individually, Yamara Amargo led all scorers with 22 points. Nahomis Vargas commanded under the boards with double digits in rebounds (10) and Cuban playmaker Dairis Tornell tied with four assists what was achieved by Mexico's Paola Beltrán.

The event is a qualifier for the Central American and Caribbean Games of San Salvador 2023, since it distributes seven tickets.

Considering that there are the same number of participants, including El Salvador, which has already qualified beforehand, the mere fact of participating already grants qualification.

The challenge for the Cubans is to ensure participation in the Fiba AmeriCup 2023, a qualifier for the Pan American Games in Santiago 2023. To do so, Pedroso's girls just need to beat the Salvadoran team in this Friday's match, which defines the second place in the group.