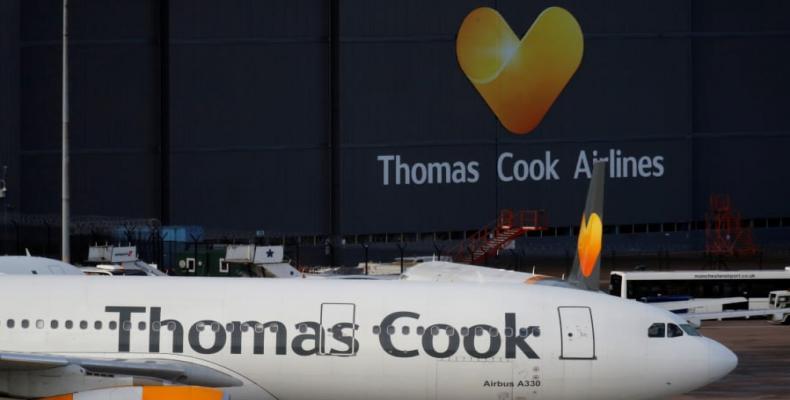 Havana, September 24 (RHC)--The bankruptcy of the British tour operator Thomas Cook, the world's oldest travel company, has affected some 2 000 tourists in Cuba and forced the rescheduling of a dozen flights from three airports on the island.  The closure of the company is expected to force some 600 000 people outside their countries and who had bought tickets from the group to seek the help of governments and insurance companies.

Those affected in Cuba are in the eastern province of Holguín; Cayo Coco, off the northern coast, and in the popular tourist destination of Varadero, about 150 kilometers west of Havana, a British embassy official said.

Thomas Cook's customers had planned to return to the United Kingdom in the coming weeks on a total of 10 flights, the first of which on Tuesday afternoon from Holguín to London's Gatwick airport, which has been rescheduled for the same day.

The remaining nine flights from the three destinations, which were planned between Wednesday, September 25 and October  6, are yet to be rescheduled, according to the UK Civil Aviation Authority (CAA).

Those affected are guaranteed a stay in Cuban hotels until they are transferred back to the United Kingdom, explained the source of the Embassy, which has sent assistance personnel to the three destinations to serve Thomas Cook's clients.

British Ambassador to Cuba Anthony Stokes explained via Twitter that he is working with Cuban authorities and Thomas Cook staff to ensure that travelers continue to enjoy their holidays and eventually return safely.