Indian Air Force Plane Goes Missing with 29 on Board 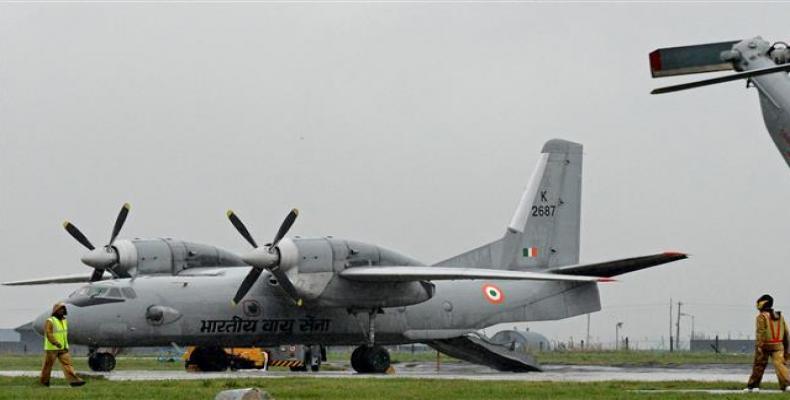 New Delhi, July 22 (RHC)-- The Indian military says an air force plane with 29 passengers on board has gone missing over the Bay of Bengal, prompting a search and rescue operation in the area.  On Friday, India’s Defense Ministry said the air force has lost contact with the military transport plane, which was on its way from the southern city of Chennai to the coastal city of Port Blair.

The last contact with plane, which was carrying service personnel and six crew members, was made around 15 minutes after take-off from Chennai.  No other details were immediately available.  Indian media say AN-32s can fly for four hours without refueling.

The country’s air force has a poor safety record.  The South Asian nation has been trying to develop its own warplanes, but delays and technical shortcomings have marred progress.

In one of the worst disasters, 20 people on board died while three civilians were burnt to death when the plane crashed near a New Delhi airport in 1999.  In 2013, all 20 people on board a military helicopter were killed when it crashed in northern India.