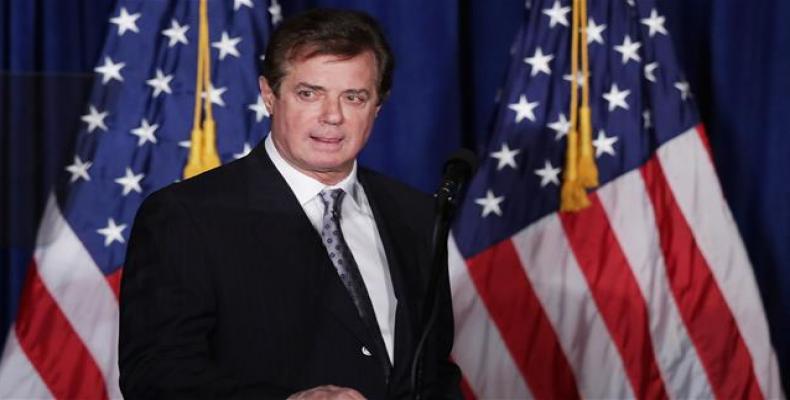 On Friday, Trump’s campaign confirmed the news by publishing a statement, in which the New York businessman himself thanked the veteran strategist for his services.  “This morning Paul Manafort offered, and I accepted, his resignation from the campaign,” Trump said.  “I am very appreciative for his great work in helping to get us where we are today, and in particular his work guiding us through the delegate and convention process.  Paul is a true professional and I wish him the greatest success.”

Manafort, who was hired in March to help Trump’s team through the primary run, took over as the manager in June, after the firing of original campaign boss Corey Lewandowski.  He is seen by many as the major force behind the selection of Indiana Governor Mike Pence, as Trump’s running mate.

Despite years of experience in managing Republican nominating conventions in the past, Manafort was never officially chosen as Lewandowski’s successor and the position remained empty until this week.

On Wednesday, the real estate mogul named Steve Bannon, the executive chairman of Breitbart News and a former investment banker, as his campaign’s chief executive.  He also promoted Kellyanne Conway, a senior adviser and pollster, to the position of his campaign manager.  Following the changes, Manafort said in a confusing statement that he would continue to work with the staff as “the Campaign Chairman and Chief Strategist,” but the quit two days later.

According to the New York Times, some campaign advisers said Trump and Manafort never forged the same level of chemistry that Trump had with Lewandowski.

Prior to his resignation, Manafort faced questions about his possible ties to the pro-Russian forces who are engaged in a conflict with the government of Ukraine in the country’s restive east.  Manafort is suspected of helping a pro-Russian party in Ukraine secretly route at least $2.2 million in payments to two prominent Washington lobbying firms in 2012, the Associated Press reported.

The new development comes at a time when Donald Trump’s erratic behavior has put him far behind his Democratic rival Hillary Clinton.