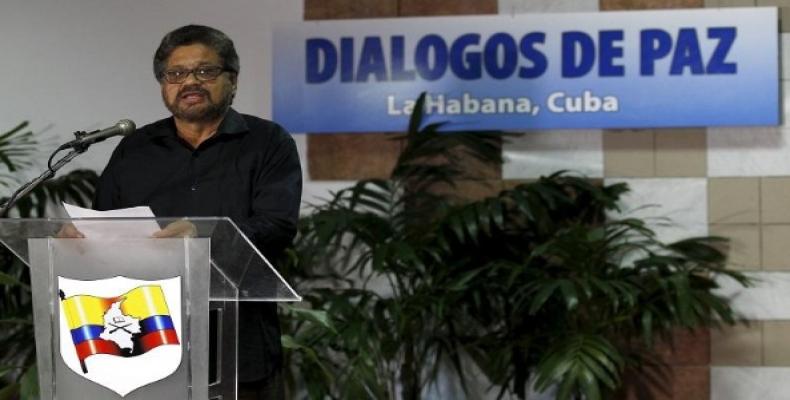 San Francisco, August 27 (RHC)-- Richard Becker, from the ANSWER Coalition (Act Now to Stop War and End Racism), located in San Francisco, says that the peace accord reached between Colombia's government and the rebel Revolutionary Armed Forces of Colombia has foiled Washington's plans for the South American country.

Becker said the United States supported right-wing governments in Colombia to suppress the progressive left-wing fighters known as the FARC. The support came when FARC rebels took arms in the Latin American country "to protect the interests of the poor and stood against U.S. domination," he told Press TV's "The Debate" program.

Colombia, Becker said, has been a source of vast profits for U.S. corporations, which have dominated foreign investment in the Latin American country. Referring to another peace agreement in 1980s, he said, the FARC and other forces formed a patriotic union to end the armed conflict in Colombia, but “between 3,000 to 5,000 of those persons who transitioned into a political party, called the Patriotic Union, were murdered by the right wing and by the military.”

Most opinion polls suggest that Colombians will back the deal but the government will face fierce opposition from powerful sectors of the country who believe the only solution is to finish the FARC militarily, he said. The political analyst expressed concern about a possible violent response from former right-wing president Álvaro Uribe, who is leading a ‘no’ campaign, as well as country's death squads which are against the peace agreement.

Becker said the government will need to prove that it can bring the rebels into "a democratic, political system honestly with a fair chance and fulfill its duties in this agreement for economic improvement."

Richard Becker said that there could be sabotage against the peace deal, but the Colombian people think the agreement would help them get rid of five decades of deaths and carnage in their country. The conflict has left more than 220,000 people dead, 45,000 missing and almost seven million internally displaced.