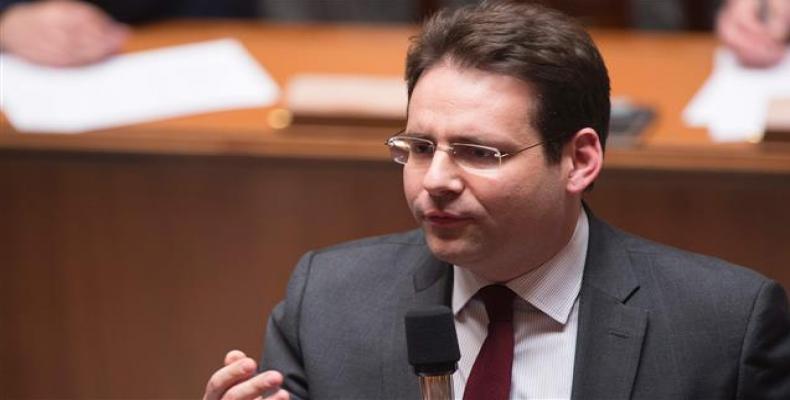 Paris, August 30 (RHC)-- France says it will urge the European Union to end negotiations on a transatlantic free trade deal with the U.S. due to a lack of “political support” in France as doubts are mounting about the prospects of the controversial pact.

Trade Minister Matthias Fekl said Tuesday that Paris would ask the European Commission in an upcoming meeting to end the negotiates on the Transatlantic Trade and Investment Partnership (TTIP), which have already been stalled over the terms of the agreement as well as the Brexit vote in the UK.

The comments came a day after German Economy Minister Sigmar Gabriel said U.S. President Barack Obama’s free trade deal with Europe is going nowhere, stressing that talks with Washington “have de facto failed.”  Diplomatic sources say the negotiations may be suspended until after U.S. presidential election in November as well as elections in France and Germany next year.  However, a spokesman for US Trade Representative Michael Froman said the talks were making steady progress.

Negotiations on the TTIP, which aims to create a free trade zone covering 850 million people, started back in 2013.  The contentious accord was meant to be a legacy of Obama before he leaves the White House.  Washington and Brussels both hoped to finalize the deal before the end of Obama’s second term in January 2017, but the accord has faced growing opposition on both sides of the Atlantic.

France’s Prime Minister Manuel Valls has also ruled out the possibility of reaching an agreement by the end of 2016.  The TTIP deal has been sharply criticized by activists, who say the deal would only benefit multinationals and harm consumers.

Environmental pressure group Greenpeace said in May that it had obtained 248 pages of classified documents from the closed-door negotiations that indicated compromising with the US would undermine EU standards on the environment and public health.