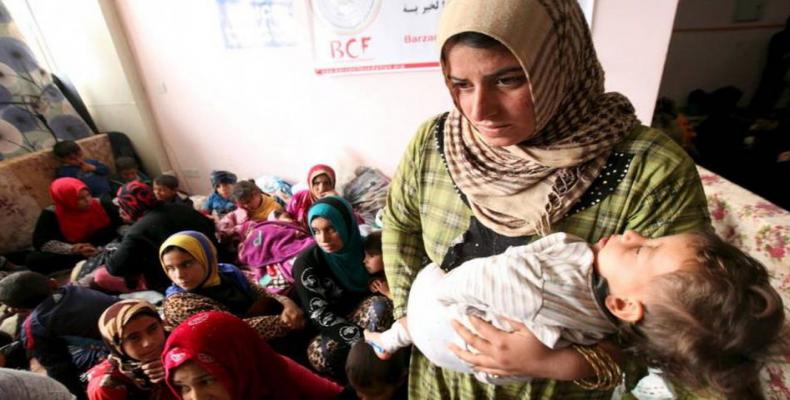 Copenhagen, November 9 (RHC)-- Danish officials have confiscated thousands of euros from desperate refugees seeking asylum in the country on a handful of occasions since a controversial law came into force earlier this year, allowing authorities to seize cash and valuables from asylum seekers.

Police said the law was first used on June 30, when five refugees had to hand over a total of 79,600 kroner. The law was used for the second time on July 14, when police seized 10,300 kroner from another family of four. An Algerian man also had to give up 19,700 kroner on August 3, police said.

Since the law was passed in January, there has been unprecedented criticism of the way the Danish government handles the issue of refugees.  The government has defended the measure, saying the law is needed to dissuade more refugees from entering the Nordic country and to make refugees understand that they should pay for the expenses they incur on the government.

Johanne Schmidt-Nielsen, a leftist MP, said Thursday that the amount of cash raised since February showed how "stupid" the law was as it tarnished the image of Denmark as a welfare state. He said the law was only intended "to send a signal to the world that it's not much fun to be an asylum seeker in Denmark."

Human Rights Watch had branded the law as "despicable" at the time it was passed by the Danish parliament.  Other international campaigners and organizations have also criticized the move.

Ali Abdel Razaq, an Iraqi police officer turned refugee, told a Danish TV station that he was miserably forced to hand over 8,000 kroner on October 22, when police came to his door at an asylum center in southern Denmark.  He said he had hoped to spend the money on a medical operation, saying he had been unaware that any cash or valuables above 10,000 kroner had to be handed over to the authorities.
More than 21,000 asylum applications were registered in Denmark last year, showing a nearly 50 percent rise compared to 2014.

Europe is facing an unprecedented influx of refugees fleeing conflict-hit zones in the Middle East and North Africa.