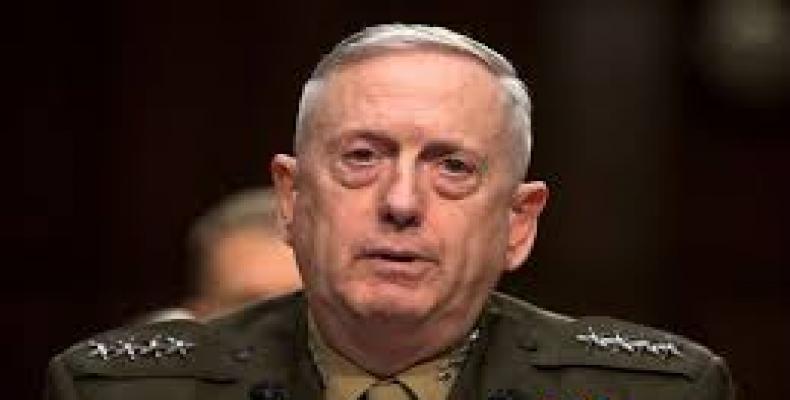 Trump has been a staunch critic of U.S. alliances, including with members of the North Atlantic Treaty Organization, arguing that other members are not paying their fair share for the alliance while some of them are the ones causing most of the trouble for the bloc.

Mattis, who is in Europe’s de facto capital, Brussels, defended “the American taxpayer” in prepared remarks.  "No longer can the American taxpayer carry a disproportionate share of the defense of Western values," warned the general, known in the U.S. military as “Mad Dog,” while speaking at NATO headquarters.

"If your nations do not want to see America moderate its commitment to this alliance, each of your capitals need to show support for our common defense."   The retired Marine Corps general further tried to highlight the idea that the U.S. is actually committed to NATO, arguing that "it's a fair demand that all who benefit from the best defense in the world carry their proportionate share of the necessary cost to defend freedom and we should never forget that ultimately it is freedom that we defend here at NATO."

Defense officials in Europe reacted to Mattis’ remarks, German Defense Minister, Ursula von der Leyen backing the American general’s comments.   She said: "The Americans are right. It's a question of fairness that we Europeans together also make an effort and the burden is not too much on the Americans. We have committed to wanting to reach our contribution gradually and that's what we are working on," citing a rise in the German defense budget, which has increased by 8 percent for 2017.

NATO Secretary General Jens Stoltenberg did not seem to agree with the idea that the U.S. wants Europe to increase military spending, asserting that that is not what Mattis wants.  "This is not the US telling Europe to increase defense spending,” he said, stressing that the whole bloc members should attest to the necessity of an increase. “This is about implementing something which 28 heads of state and government has agreed that we will do together. And of course I welcome all pressure; all support to make sure that happens."

Speaking after meeting Mattis, Stoltenberg defended what he referred to as a “strong US commitment to NATO.”