UN Chief Calls on World to Back Paris Climate Deal 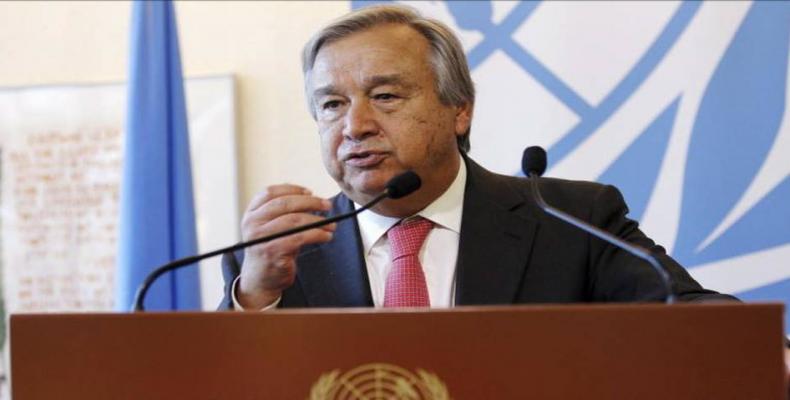 New York, May 31 (RHC-Xinhua), -- UN Secretary-General Antonio Guterres on Tuesday called on all leaders of government, business, and civil society to back the Paris climate change agreement and take actions to slow down global warming.

"The Paris pledges are historic but still do not go nearly far enough to limit temperature rise to well below 2 degrees and as close as possible to 1.5 degrees," said Guterres in an address at New York University.

"Yet, not everyone will move at the same pace or with equal vigor," he said. "But if any government doubts the global will and need for this accord, that is reason for all others to unite even stronger and stay the course."

The Paris Agreement was adopted by 196 parties in Paris in 2015 and it went into effect in November. The pact sets a target of holding the global average rise in temperature below 2 degrees Celsius above pre-industrial levels, and preferably below 1.5 degrees Celsius.

So far, 147 parties representing more than 82 percent of greenhouse gas emissions have ratified the agreement. The United States, one of the biggest greenhouse emitters in the world, will announce its position this week whether to leave the deal or to stay.

To enhance global climate actions, Guterres noted that he will work with governments and all major actors, like coal, oil and gas industries, to accelerate the global energy transition and progress on carbon pricing.

He also called for innovative partnerships to implement the Paris Agreement through North-South, South-South, and triangular cooperation to push for progress in combating climate change.