Venezuela Dares U.S. to Send in the Marines at OAS Meeting in Cancun 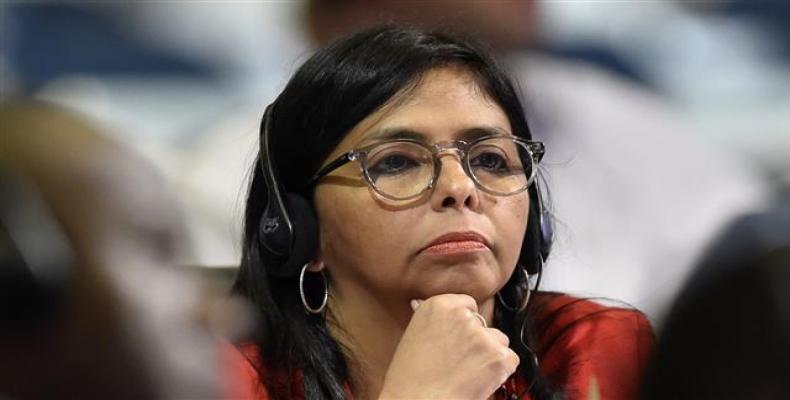 Cancun, June 21 (RHC)-- Venezuela has dared the U.S. to “send in the Marines” after Washington tried to initiate a regional plan over the crisis in the country.  On Tuesday, U.S. Deputy Secretary of State John Sullivan attempted to garner support at an Organization of American States (OAS) meeting for a mission of mediators to be sent to Venezuela.

"The so-called 'contact group' you're proposing is completely useless and unnecessary," said Venezuelan Foreign Minister Delcy Rodriguez at the meeting which was held in Mexico’s Cancun.  "The only way you could impose it would be to send in your Marines -- which would meet with a crushing response from Venezuela if they dared make such a mistake."

The exchange came a day after OAS foreign ministers failed to agree on a joint response to the situation in Venezuela, with a U.S. proposed draft resolution falling shy by three votes out of the required 23.

The U.S. is now attempting to push the resolution’s passing in an upcoming OAS General Assembly which has a lower vote threshold.  Venezuela has on a number of occasions noted that it will not respect decisions made by the OAS -- an organization which it is set to leave.