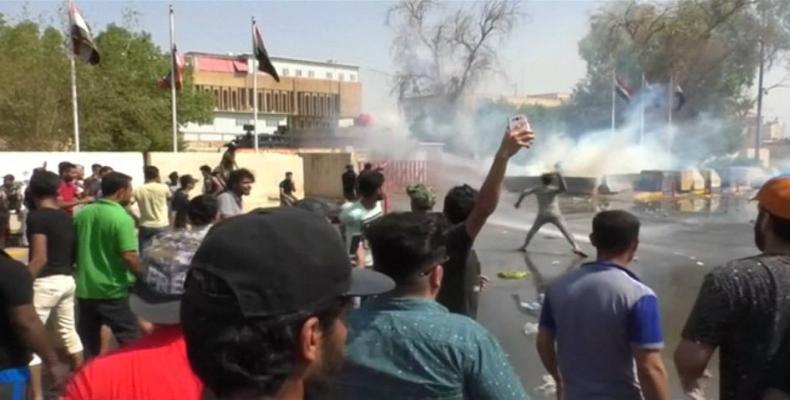 Baghdad, July 18 (RHC)-- In southern Iraq, massive protests are continuing, denouncing the lack of access to electricity, clean water and jobs in the oil-rich region.  Police have cracked down on the mounting protests, firing live ammunition into the crowds.  At least eight people have been killed.

While Iraq’s oil sector accounts for 99 percent of the country’s exports, it represents only one percent of Iraq’s jobs, as the vast majority of the positions are held by foreigners.