EU and Japan sign one of world’s largest trade-acts 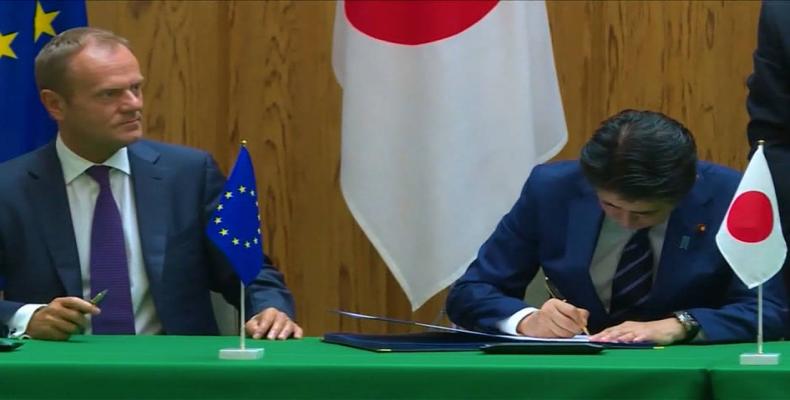 Tokyo, July 19 (RHC)-- The European Union and Japan have signed one of the world’s largest free-trade agreements during a meeting of leaders in Tokyo.  The trade deal will cover a quarter of the global economy.

The EU-Japan agreement comes as the Donald Trump administration has imposed tariffs on steel and aluminum from the European Union, threatened to incite a trade war with China, and pulled out of sweeping trade deals like the proposed Trans-Pacific Partnership.