Italian far-right government under fire after attack on Black athlete 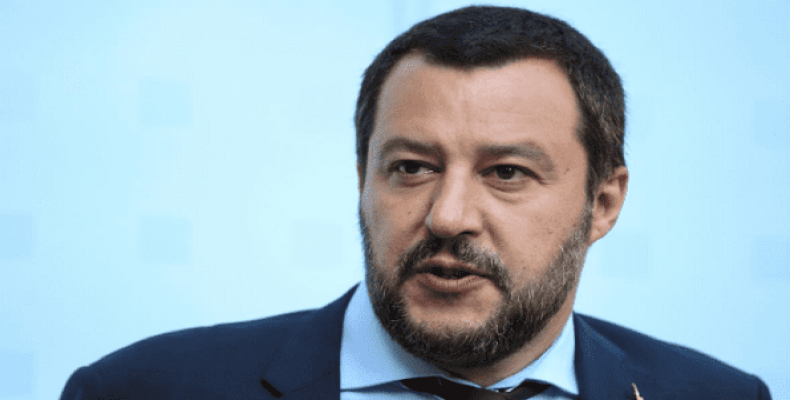 Rome, August 1 (RHC)-- In Italy, opposition politicians accused far-right Interior Minister Matteo Salvini of creating a climate of hate in Italy following a spate of racist attacks that have coincided with his anti-immigration drive.

In the latest assault possibly motivated by racism, Black Italian athlete Daisy Osakue was injured early on Monday when unknown assailants drove alongside her in a street near the northern city of Turin and hurled an egg at her face.  “I don’t want to play the sexism or racism card, but people should be able to go out without someone attacking you out of the blue,” said Osakue, wearing a patch over her eye.  “They are just cowards.”

Doctors said Osakue, whose parents came from Nigeria, should recover in time to take part in next month’s European Athletics Championships in Berlin, where she is due to represent Italy in the discus.  Local police questioned whether she had been a victim of racism, saying there had been similar assaults that had targeted white locals. However, opposition politicians swept aside those concerns and the violence dominated local media.

“The attacks against people of different color skin is now an EMERGENCY. This is now obvious, NOBODY can deny it, especially if they sit in government,” former center-left prime minister Matteo Renzi wrote on Twitter.

The United Nations also voiced its alarm, saying it was “deeply worried” by the situation. “We can not tolerate this escalation of indiscriminate violence, which reveals an alarming racial matrix,” said Felipe Camargo, the southern European chief of the U.N. refugee agency.

“Is there a racism emergency in Italy?  Don’t be stupid,” Salvini said in a statement on Monday in response to the clamor over Osakue.

Salvini has come under fire from human rights groups and factions within the Roman Catholic Church for his uncompromising stance on migration, with a popular Christian magazine comparing him to Satan on its front cover last week.

“So many enemies, so much honor,” Salvini tweeted on Sunday, slightly tweaking a well-known saying of Italy’s World War Two dictator Benito Mussolini on the 135th anniversary of his birth.  His comments exacerbated anger. “Violence is multiplying everywhere. But he denies it,” said Maurizio Martina, head of the opposition Democratic Party (PD).

At least eight migrants from various African countries have been shot by air rifles since the start of June in possible racist attacks.  In addition, a Roma baby was hit by an air pellet and risks being paralyzed for life.  The Italian who fired the gun has denied aiming at the child.

The U.N. migration agency (OIM) said there had been 11 racist attacks in Italy since mid-June.“  (This represents) an extremely worrying trend of violence and racism."