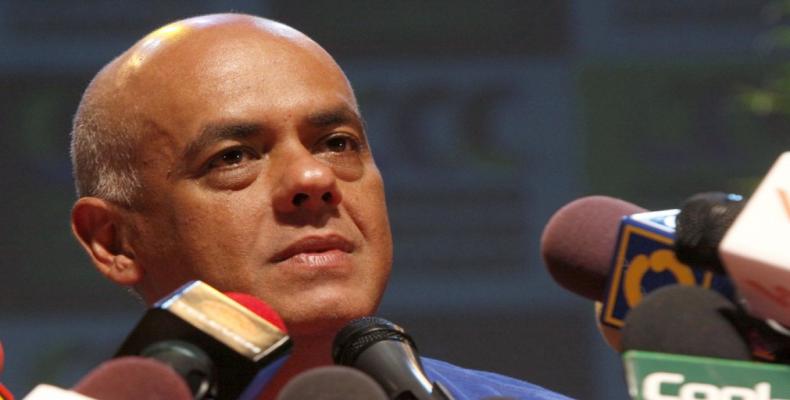 Rodriguez named Ramon Oswaldo Garcia, who resides in Spain; Miguel Jose Freita in Colombia; Julio Cesar Acuña and Jesus Rodriguez Landoni in the United States; and Otoniel Ramon Sanchez, who has been detained, as those involved in what the Venezuelan government has said was sabotage against the country’s electricity system.

"There are requests to Interpol regarding these people related to the attack on the electrical system who live in the United States, Colombia and Spain," Rodriguez said at a news conference in the Venezuelan capital.

Between March 7 and April 23, more than 45 minor attacks against the electrical system have taken place, the minister said.  He added that in the investigations of the attacks on the electrical system from March 25 to March 28, Jesus Rodriguez Landoni was identified as one of those involved.  He has fled to the United States and lived in the residence of an officer of the U.S. Armed Forces.

"Venezuelan authorities are looking for Jesus Rodriguez Landoni ... for attacking the electricity system on March 25, 26, 27, and 28.  He left the country on April 8, 2019," Rodriguez said.

The Venezuelan official said Otoniel Ramon Sanchez, an operations engineer working at Edelca, was detained for participating in the attack against the SEN.

As for the future of the electrical grid, Rodriguez assured that "we have been building a system completely impossible to be attacked by terrorists."