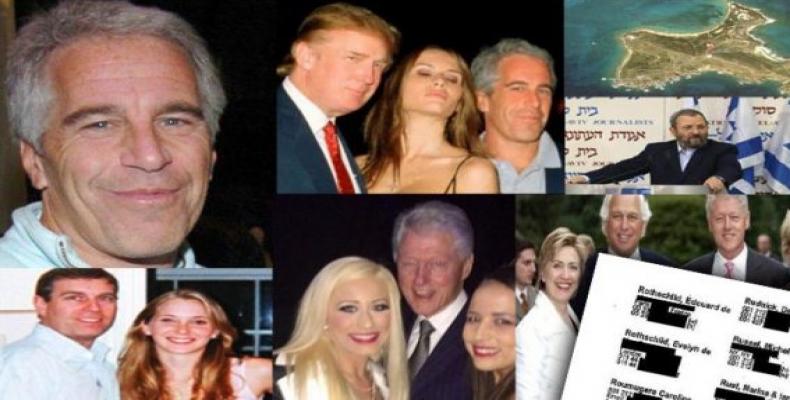 Dr. Barrett made these remarks in an interview with Press TV on Tuesday while commenting on a statement by U.S. Attorney General William Barr who said on Monday that authorities will "get to the bottom of what happened" to Epstein who died on Saturday in a prison cell.

Epstein allegedly hanged himself in his cell at the Manhattan Correctional Center on Saturday morning, despite previous reports that he was placed on suicide watch in late July after a possible suicide attempt in his New York jail cell.

He had been indicted on several charges of exploiting underage girls, sex trafficking, and other crimes related to activities that took place between 2002 and 2005 in several different locations.

Dr. Barrett said: “Jeffrey Epstein was obviously working for Israel.  Just look at his relationship with Ghislaine Maxwell whose father was a swindler and an Israeli spy and who’s been greatly honored in Israel, in spite of the fact that somebody had to kill him for his larceny of billions of dollars.”

“Obviously that family is a high-level Israeli spy family, and Maxwell was Jeffrey Epstein’s Mossad handler.  Jeffrey Epstein’s job was to get compromising photos and videos on the most powerful Americans so that could be used by Israel to blackmail the powers that be here in the United States. And of course this modus operandi is very common here in the U.S.,” he stated.

“Meyer Lansky, who was also loyal to Israel, who was the biggest gangster in the Western hemisphere, had dirty pictures of (former FBI chief) J. Edgar Hoover.  So he used the FBI as his personal mafia appendage.  And that’s why we have all sorts of reports about FBI people who actually did hits for the mafia – killed people for the mafia.  The FBI in the United States has largely been a wing of the organized crime,” he noted.

“Clearly Jeffrey Epstein had photos and videos not only of Bill Clinton but also of Donald Trump and a lot of other people.  There’s a lawsuit, a very credible lawsuit alleging that Trump along with Epstein raped a 13-year-old girl.  And she’s suing, and last we heard she is probably still alive but anonymous,” he said.

“So the notion that there would ever be any kind of accountability for something like this which threatened to expose the profound corruption at the highest levels of power in America is a complete joke,” the analyst noted.