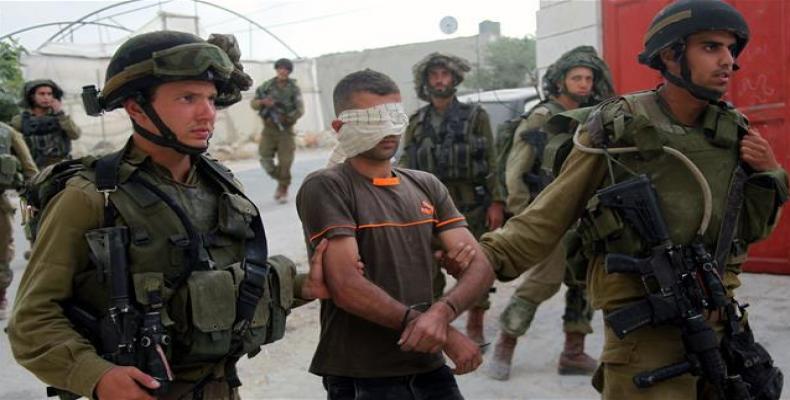 Washington, August 17 (RHC)-- The “savage” regime of Israel has almost always targeted civilians in conflicts it wages in the Middle East, particularly those with Palestinians, to make others believe resistance to the illegitimate entity would be pointless and costly, says a political commentator from Washington.

Michael Springmann, a Washington-based author and former U.S. diplomat in Saudi Arabia, made the remarks on Press TV's The Debate program.   “Israelis engage in nothing but savagery against civilians, they herded 750,000 Palestinians out of Palestine at gunpoint, that’s 85 percent of the population, they have tried to extinguish and exterminate the Palestinians since then and every conflict that the Israelis have engaged in, their target was civilians and engaging in the most number of civilian casualties they could to show that they were stronger and to show that resistance to Israel is futile and that anyone who does resist will pay,” Springmann said.

He argued that American businesses were being lured to move to Israel to strengthen the regime and help its armed forces fight its neighbors, which it has done since its illegitimate creation in 1948.  “The Israelis through the clandestine support of terrorists in Syria, through their own soldiers operating in Syria, through their firing of missiles from aircraft over Lebanon to Syria have shown that they are a repressive and ambitious government if you can call it a government of such an illegitimate country,” the political author said.

Springmann also praised the Lebanese resistance movement Hezbollah for their successful confrontation with the invading Isreali apartheid army and its air force during the 33-day war in 2006, saying the Lebanon’s resistance movement proved was ready and able to repel Israel’s savage attacks.

Sayyed Hassan Nasrallah, the secretary general of Hezbollah resistance movement, said that the Israeli military’s 33-day war on Lebanon in the summer of 2006 was aimed at creation of a new Middle East region.