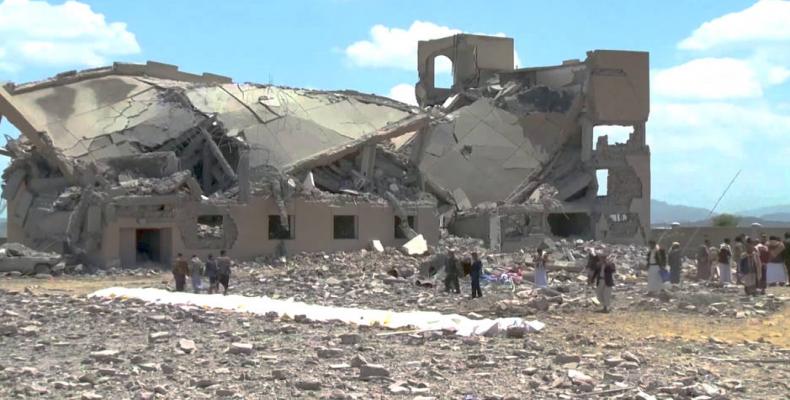 United Nations, September 4 (RHC)-- United Nations investigators said Tuesday the United States, Britain and France may be complicit in war crimes by arming the Saudi-led coalition that has led a bombing campaign in Yemen, which has killed tens of thousands since 2015 and caused the death by starvation of an estimated 85,000 children.

This comes as aid workers say over 100 people were killed Sunday when air raids launched by the U.S.-backed, Saudi-led coalition leveled a prison in the southwestern city of Dhamar.

Assem Mohamed, a prisoner who survived Sunday’s attack, told reporters: “The first strike came with the plane. I was by the window.  I then went under the window as the walls came tumbling down my back.  There were eight people in the room and a total of 100.  After the airstrikes, after about half an hour to an hour, they came to rescue people in the rooms yelling.  I was yelling from underneath the rubble.”

Bernie Sanders, who spearheaded the Senate’s passage of a War Powers Resolution that would end U.S. involvement in the Yemen war, tweeted: “U.S. bombs, logistical support and intelligence for the Saudi dictatorship’s airstrikes make us complicit in this nightmare.  Congress has declared this war unconstitutional.  We must now stand up to Trump and defund all U.S. involvement in these horrors.”