Bolivia and Paraguay agree to join forces to stop wildfires 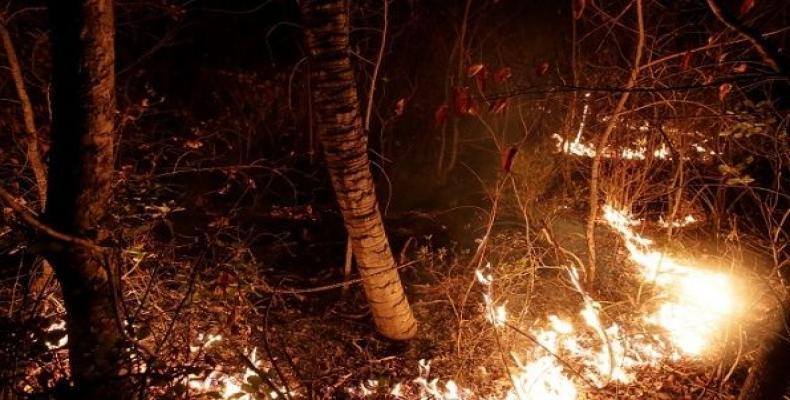 La Paz, September 17 (RHC)-- A total of 5,500 men, 193 vehicles, 40 tanker trucks, 25 ambulances and 19 planes among other devices, including the sum of $15 million donated by the Bolivian government and other $2.2 million in international help, were to be mobilized in order to fight wildfires at the border between Paraguay and Bolivia, the governments in both states have announced.

Last week, the Paraguayan congress declared an environmental emergency in Chovoreca, in the Department of High Paraguay, north of the country.  According to the World Wide Fund for Nature, since middle August 100,000 hectares of vegetation have been burned.

Meanwhile, fires have burned through 1.8 million of hectares throughout Bolivia, especially in Chiquitania, an area of transition between el Chaco and Amazonia, known for agriculture and agrarian purposes.

Paraguayan President Mario Abdo Benitez said he has reached out to his Bolivian counterpart Evo Morales to offer cooperation on the matter.  A day later, the Bolivian president announced that preventive measures in the area have stopped fires from spreading out at the triple-border with Brazil.

Over the past month, changes in wind direction have threatened Paraguay's forests with more fires, especially if the wind heads south.