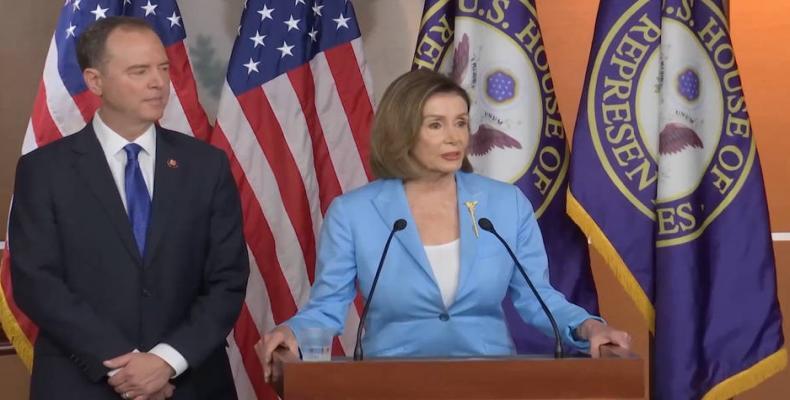 Schiff told reporters: “The president wants to make this all about the whistleblower, and suggests people that come forward with evidence of his wrongdoing are somehow treasonous and should be treated as traitors and spies.  This is a blatant effort to intimidate witnesses.  It’s an incitement to violence.”

This comes after Secretary of State Mike Pompeo acknowledged he was on the July call when Trump spoke to Ukrainian President Volodymyr Zelensky. Meanwhile, The Washington Post reports Trump enlisted Vice President Mike Pence in his efforts to pressure Ukraine’s new leader.

According to the Post, Trump ordered Pence to skip the inauguration of President Zelensky in May, and later had Pence tell the Ukrainian president that U.S. military aid was still being withheld, while demanding more aggressive action on corruption — which he would have understood included an investigation into the Bidens.