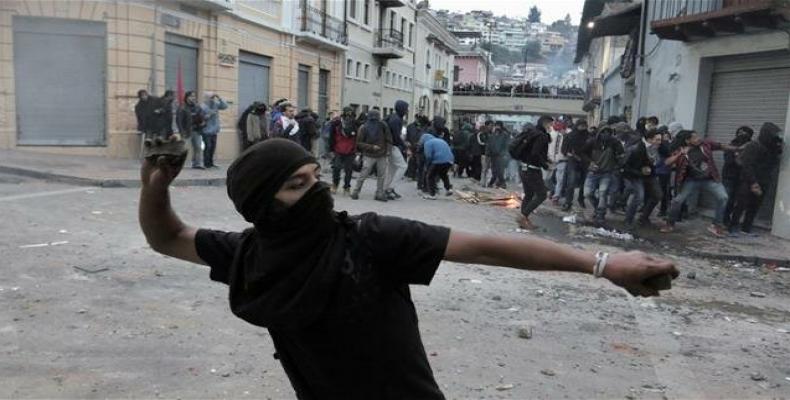 On Thursday, masked protesters hurled stones and battled police in the capital, Quito, doing extensive damage in the worst unrest in the oil-producing nation of 17 million people in years.

Moreno — putting Ecuador on a more market-friendly track after years of leftist rule and aligning policies to conform with a $4.2-billion International Monetary Fund (IMF) loan — has scrapped decades-old fuel subsidies and announced tax reforms.   That has infuriated transport unions, whose action has been joined by indigenous groups, students, and other unions.

By late Thursday, 275 people had been arrested and 28 police officers hurt, the Interior Ministry said.  As the government declared a state of emergency on Thursday, police deployed armored vehicles and used tear gas to beat back demonstrators and keep them from reaching the presidential palace.