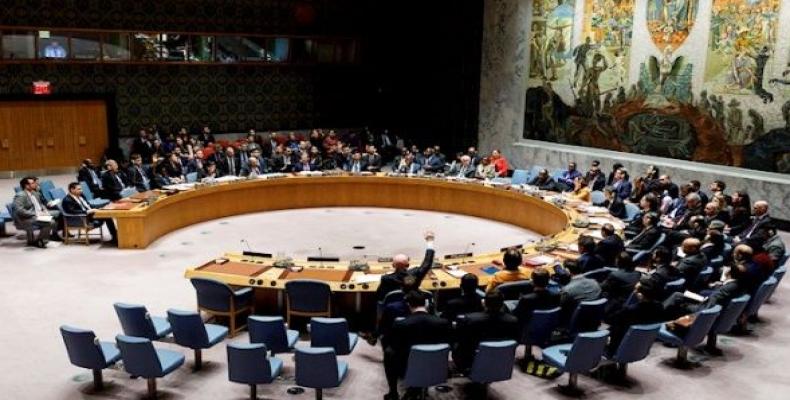 United Nations, May 14 (RHC)-- Venezuela denounced before the UN Security Council and UN Secretary-General Antonio Guterrez the armed terrorist attacks against the nation.  The attacks carried out on May 3 off the coast of La Guaira were organized and financed by mercenaries and protected by the governments of Colombia and the United States, announced Venezuela's Minister of Foreign Relations, Jorge Arreaza.

Earlier in the day, Samuel Moncada, Ambassador of the Bolivarian Republic of Venezuela to the United Nations, published on his Twitter account that the complaint highlights the attempted murder against President Nicolas Maduro, alongside other high government officials.  Also, the ambassador said that "destroying the system of liberties and rights of our independent and sovereign nation, imposing a violent regime of colonial looting never before seen in our history," was part of the plan.

Ambassador Samuel Moncada added that the "criminals who penetrated our national territory came from Colombia.  One of the attack groups landed in La Guaira state, where the country's main airport is located just twenty kilometers from the Venezuelan capital.  However, the so-called "Operation Gideon," a mercenary and terrorist invasion, was thwarted by Venezuelan authorities.

The action of the neighboring communities in the areas infiltrated by the attackers, in coordination with the public security forces, managed to capture the majority of this group of mercenaries and terrorists. Further, this allowed the identification of two vessels in which at least sixty criminals with large amounts of high-caliber lethal weapons landed on Venezuela's northern shores to execute their plan.