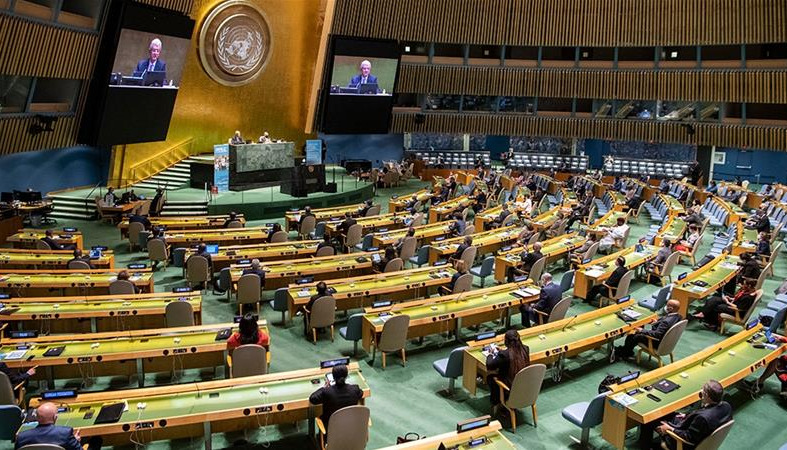 United Nations, September 21 (RHC)-- The United Nations has marked its 75th anniversary, celebrating the mantra that "Multilateralism is not an option but a necessity" - even as the coronavirus pandemic underscores the fragility of international cooperation.

The anniversary got underway on Monday at the global body's annual UN General Assembly (UNGA), when normally leaders and representatives of nearly 200 countries gather en masse to sound off about the world's problems and offer myriad solutions.

Instead, with COVID-19 still limiting global movement, just one representative from each of the 193 UN members will be allowed, and only someone already in the United States.

All other represenatives are appearing by videoconference, including at least 160 heads of state.