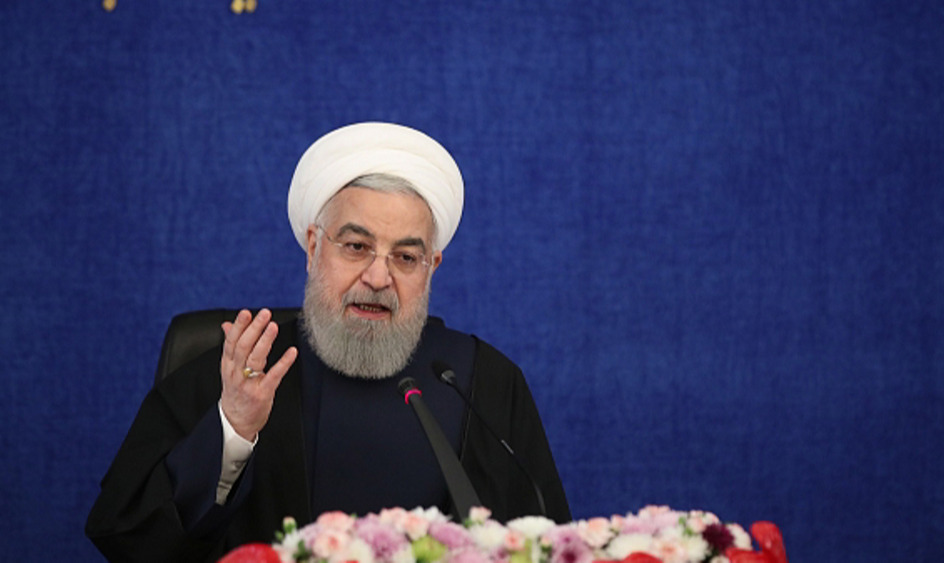 Tehran, February 4 (RHC)-- Iranian President Hassan Rouhani has congratulated his fellow citizens on their “shining victory” against the United States at the UN’s top court, saying the World Court’s recent verdict on Tehran’s case against U.S. sanctions demonstrates the Iranian nation’s grandeur in the face of the superpower.

Rouhani made the remarks on Thursday, one day after the International Court of Justice (ICJ) ruled that it can take on Iran’s bid to overturn illegal U.S. sanctions, which were re-imposed by former president Donald Trump in May 208 after he pulled Washington out of a nuclear deal with Tehran and and world powers.

“I congratulate dear Iranian people as the Administration of Prudence and Hope achieved a great success at The Hague-based court.  This is one of the several victories that the government has secured at the International Court of Justice against the United States, and this is very important,” he said during a video conference inaugurating five industrial projects in Zanjan Province.

“This power and grandeur is for the great nation of Iran against a superpower.  In the political war, hundreds of thousands of experts and specialists accompany them (the Americans), but we are going to the war with a limited number of diplomats,” said Rouhani, hailing the diplomatic achievement as “beautiful and very brilliant.”

Iran brought the case in 2018 after Trump reinstated anti-Iran sanctions following his unilateral withdrawal from the 2015 nuclear deal, also known as the Joint Comprehensive Plan of Action (JCPOA).  The United States tried to argue that Iran could not base claims at the ICJ on the 1955 Treaty of Amity, Economic Relations, and Consular Rights between the two countries.

However, a majority of a panel of 16 judges found the treaty could be used as a basis for the ICJ’s jurisdiction.  “The court unanimously rejects the preliminary objections to its jurisdiction raised by the Unites States of America according to which the subject matter of the dispute does not relate to the interpretation or application of the Treaty of Amity,” presiding judge Abdulqawi Yusuf said on Wednesday.

The Iranian chief executive hailed the ruling as “a great legal success for the Islamic Republic.”  “At the International Court of Justice, we got a very successful verdict, despite the mobilization of thousands of great lawyers [on the side of the US]. The tribunal approved an interim order that the United States should immediately lift all sanctions on humanitarian goods, but America did not honor [the ruling,]” he added.

“It was a great success for our nation, but the Americans said that the court has no jurisdiction at all to consider Iran’s complaint,” Rouhani said.

The new U.S. administration said it is “disappointed” by the ruling, despite President Joe Biden’s criticism of his predecessor for reinstating the bans on the Islamic Republic after leaving the JCPOA.  U.S. State Department spokesperson Ned Price said: “We have great respect for the International Court of Justice.  At the same time, we are disappointed that the court did not accept our well-founded legal arguments, that the case Iran brought is outside the court's jurisdiction, and the court should not hear it.”