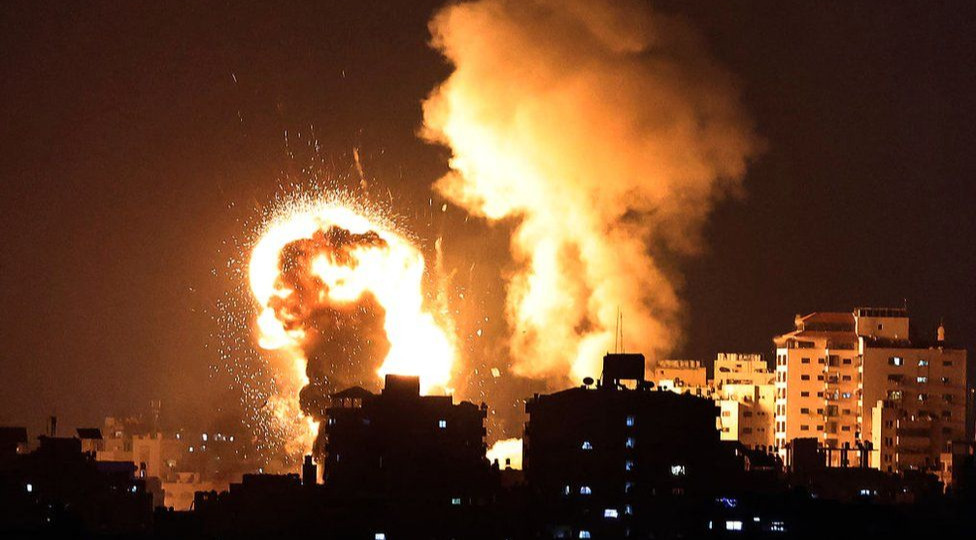 The Israeli regime used weapons made and funded by the United States to destroy American projects and businesses in the Gaza Strip during its devastating 11-day war on the besieged enclave last year, according to a report.​​

London, May 23 (RHC)-- The Israeli regime used weapons made and funded by the United States to destroy American projects and businesses in the Gaza Strip during its devastating 11-day war on the besieged enclave last year, according to a report.

In an article published on Thursday, The Intercept said it reviewed documents and reports that showed hospitals, water treatment facilities, and schools funded by US agencies destroyed during the Israeli regime’s bombardment of Gaza in May 2021.

“Also impacted were the Foamco mattress factory — the main producer of mattresses for Gaza — the Abu Iskandar plastic factory, the Clever detergent factory, the Siksik plastic pipes factory, and the Al-Wadi food plant, resulting in tens of millions of dollars in damage.  The factories employed 1,500 Palestinians and were severely impacted by the shelling in the early morning hours on May 17 and 18, 2021,” the report said.

It added that a Coca-Cola factory, owned and operated by a U.S. citizen, served as yet another casualty of Israeli shelling during the May onslaught, in a “highly symbolic display of just how far Israel’s disregard for U.S. material interests in Gaza extends.”

“We had thousands of pallets burned, and there was damage to the logistics area. There was damage in the industrial estate, but what was also damaged was the investment of Coca-Cola in a project through Mercy Corps where we built a water purification station for a refugee camp.”

Eleven pro-Israel U.S. Republican senators are pushing the Biden administration to expedite pending weapons sales to the Israeli regime prior to Washington’s potential return to the Iran nuclear deal.

The Israeli war on Gaza, which continued between May 10 and May 21 last year, killed at least 250 Palestinians, including 66 children, and injured more than 1,900 others.

The Israeli airstrikes also displaced tens of thousands of people and demolished, completely or partially, dozens of buildings, schools, and hospitals.  “The vast majority of ammunition used by Israel is manufactured or subsidized by the U.S.,” Raed Jarrar, advocacy director at Democracy for the Arab World Now, or DAWN, told The Intercept.  “It’s fair to say that every Israeli munition is subsidized by the U.S. one way or another, by US tax dollars.”

Israeli regime is the largest recipient of U.S. military aid.  It has received over $150 billion in assistance from the U.S. government since 1948, but the regime has never been subjected to any inspections in Washington on how it uses weapons made or funded by the United States.

Also, under that weapons assistance program, Israel is allowed to spend US tax dollars on its own weapons industry without disclosing how it spent the money to Congress or the American public.