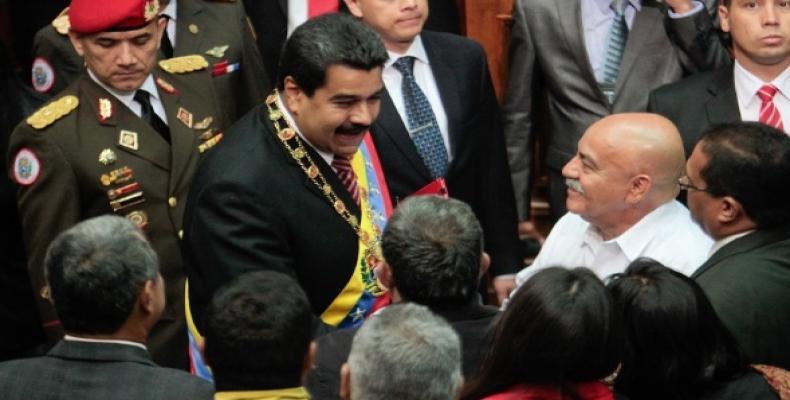 Caracas, March 11 (teleSUR-RHC)-- Venezuelan President Nicolas Maduro called on the Venezuelan people to participate in a “defensive military exercise” over the weekend in light of the U.S. statement calling Venezuela a threat to its national security. “Venezuela must be prepared, we must preserve (the country) as a land of peace,” Maduro said Tuesday.

U.S. President Barack Obama declared Venezuela an “unusual and extraordinary threat” to the United States earlier this week, prompting fears that the U.S. is laying the foundation for a military intervention in Venezuela. The Venezuelan leader pointed to the fact that such statements have been made prior to invasions of countries by U.S. forces, including the invasion of Panama in 1989, the 2003 invasion of Iraq and the 2011 bombing of Libya.

Maduro underscored that Venezuela poses no threat to any nation.

“Venezuela is not and will never be a threat to the U.S. nor to any other country in the world because we are a peaceful, humanist people,” said Maduro.

The Venezuelan president has long insisted that the threats to peace in the country come from the internal opposition and their allies in the United States who have sought to oust elected governments since former President Hugo Chavez was elected in 1998. From the 2002 coup against Chavez and the recently thwarted coup plot, to opposition-led violence last year that claimed 43 lives, the country’s right-wing opposition and its U.S. supporters have continuously been a threat to democracy.