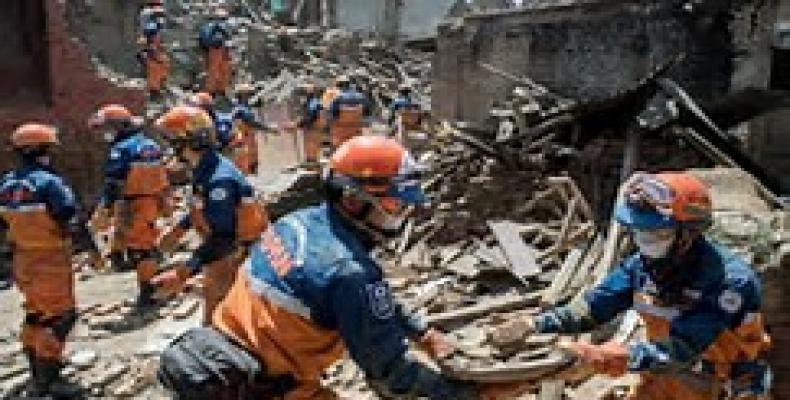 Kathmandu, May 5 (RHC)-- Nepal has stepped up delivering relief aid to survivors of an earthquake that rocked the South Asian country and left a trail of destruction and a rising death toll. The government said on Tuesday that the massive aid operation in the vast Himalayan country is currently underway by over 131,500 Nepalese military and police personnel who are backed by more than 100 teams of foreign relief workers.

Despite complaints of delays in the relief efforts, Nepal’s Home Ministry announced that the situation was being brought under control after the 7.8-magnitude quake of April 25th. "The situation in the country is gradually becoming normal because relief items have already reached crucial, hard hit areas," Home Ministry spokesman Laxmi Prasad Dhakal told reporters in Kathmandu.

Dhakal’s remarks came after the National Emergency Operation Center put the total number of deaths at 7,557 and said 14,536 others were injured in the strong earthquake -- Nepal's deadliest in more than 80 years. The devastating tremor also killed more than 100 people in India and China.

As rescue teams continue providing help for remote areas which were among the worst affected, the government has warned that the final toll is likely to be much higher.