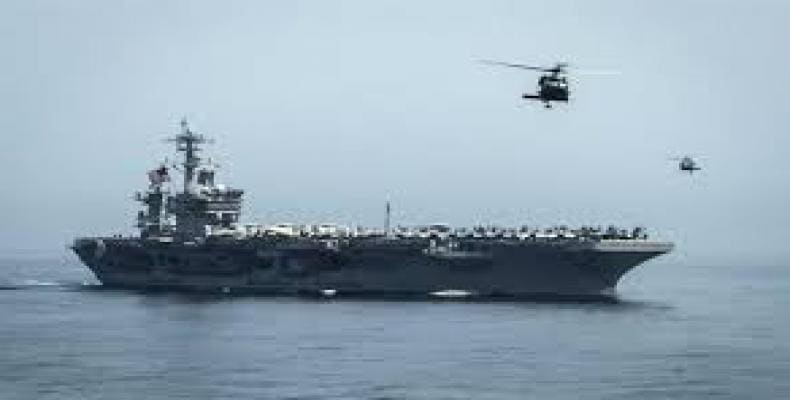 Washington, May 6 (RHC)-- U.S. Navy warships have begun escorting British-flagged commercial vessels through the Strait of Hormuz near the Persian Gulf after Iran detained a Marshall Islands-flagged cargo ship last week, according to the U.S. Defense Department.

The U.S. Navy has already accompanied one British ship through the strategic waterway following talks between Washington and London, Army Colonel Steve Warren, a Pentagon spokesman, said on Monday.

"They've asked if we would accompany their flagged vessels through the strait," Warren told reporters.

The U.S. Navy has been accompanying American-flagged ships passing through the strait since Thursday in response to last week's detention of the MV Maersk Tigris by Iran.

Pentagon officials said Thursday that the escorts are temporary and not every ship will necessarily be accompanied by the Navy.

The Strait of Hormuz is a navigable waterway between the Persian Gulf and the Gulf of Oman. Located on the southern coast of Iran, the strait is one of the world's most important oil shipping channels and a strategically important choke point.

According to Press TV, the cargo ship was seized due to legal issues, with an Iranian Foreign Ministry source telling Press TV that the ship has been seized over financial violations.