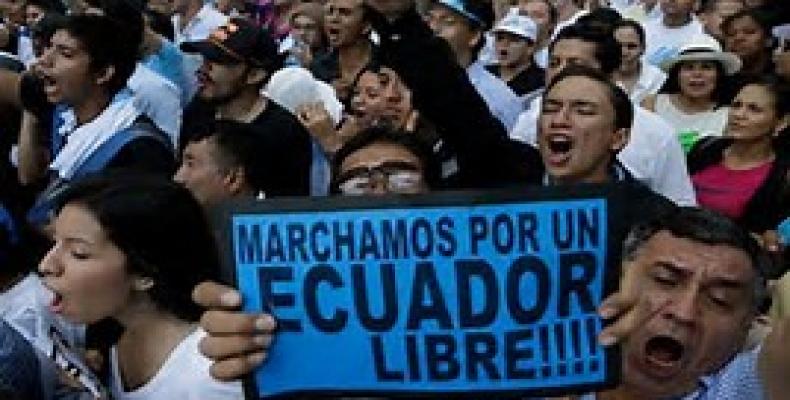 Quito, July 2 (RHC)-- Thousands of supporters of the Ecuadorian government gather again today in Quito, the capital city, to protest against the destabilizing demonstrations called by the opposition.

Ecuadorian President Rafael Correa called on all citizens not to be fooled and denounced the opposition plans to take the seat of government, blocking access roads to airports, and closing land borders.

The Ecuadorian president also warned that the disturbances of last week were prepared in advance and had the objective of creating “guarimbas” -- destabilization actions similar to those carried out by the opposition in Venezuela.