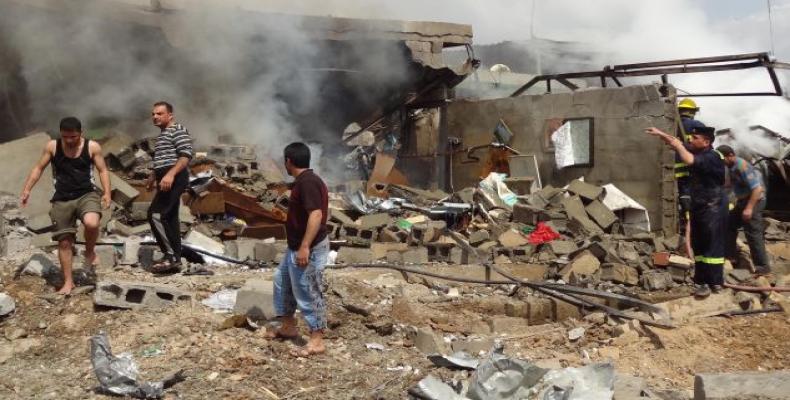 Baghdad, October 8 (RHC)-- A series of mortar attacks on the capital of Iraq’s eastern province of Diyala has killed 27 people and injured more than a dozen others.  Iraqi officials said on Thursday that the attacks targeted residential buildings in various parts of the city of Baqubah.

The mortar rounds landed in four neighborhoods of Baquba, including Katun al-Rahmah, al-Mefraq, al-Hadid and Jaraf al-Malah. No one has yet claimed responsibility for the attacks.

Provincial governor Abdullah al-Hayali says an investigation has been launched into the attacks which he said inflicted heavy “material damage” on a number of residential buildings.

An earlier statement by al-Hayali had put the death toll from the attack at 13, saying 28 people were injured.

Iraq has been grappling with a deadly insurgency since the summer of 2014 when the Takfiri group Daesh seized control of some territories west and north of the Arab country. The terrorist group has claimed dozens of bombing attacks on areas outside of its control across Iraq, including those in central and eastern provinces.

The Iraqi military and popular forces have managed to expel the militants from some key areas, including Tikrit, the provincial capital of Salahuddin, which borders Diyala, while a massive operation is underway to purge the militants from their major bastions in west and north Iraq.

Daesh took over parts of Diyala last year, but they were declared liberated by the government in January.