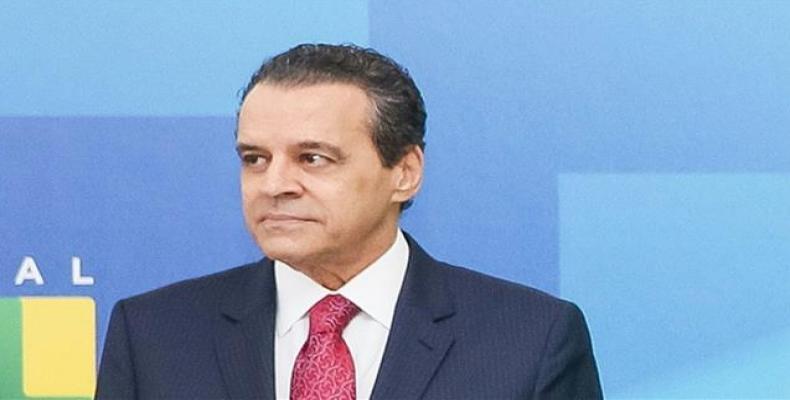 Brasilia, June 17 (RHC-teleSUR)-- Another Brazilian minister has resigned from the government of interim President Michel Temer over fraud charges, less than a month after assuming office.

Tourism Minister Henrique Alves has resigned, becoming the third minister to leave the interim government since mid-May, when it took over from the government of Dilma Rousseff.

Alves announced his resignation after being named in a plea bargain testimony by Sergio Machado, a former chief executive at the state-run Petrobras oil company which is the subject of a probe into alleged massive corruption.  Machado told prosecutors that Alves and Temer had received 1.55 million reais ($450,000) for electoral campaigns.  He said the payments were made legally but resulted from kickbacks owed by engineering companies.

While resigning, Alves dismissed the allegation and said that contributions to his campaign had been made through the official channels that had been declared to election authorities.  In his resignation letter, Alves said he didn't want to create "embarrassments or any difficulties for the government.”

Temer also denied the allegation as reckless and dishonest, saying it was “irresponsible, ridiculous, mendacious and criminal” to claim that he had sought funds for his campaign from the graft scheme.