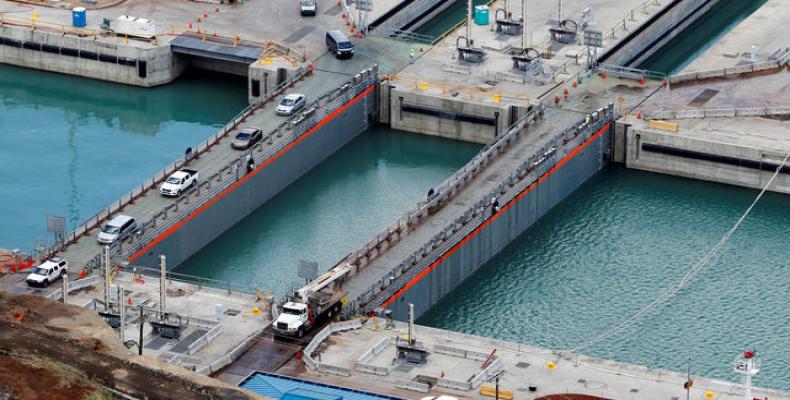 Thousands of people gathered on Sunday to watch the Cosco Shipping Panama enter the canal from the Atlantic on its way to the Pacific.  The $5.2-billion project for the new 77-km lane began in 2007 and was initially scheduled to end in 2014, but strikes and cost disputes delayed its opening.

The canal was first used in 1914 and was designed by the U.S., and was handed over to Panama in 1999.  The expansion grants newer and larger conditioner ships transit through the isthmus. According to projections, the expansion will increase the canal's already existing revenues which in 2015 were reported as around $2.6 billion.