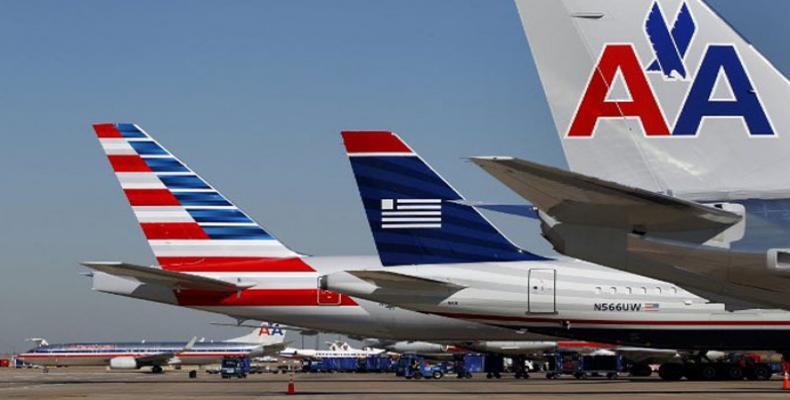 Cienfuegos, September 7 (RHC)--An American Airlines flight to the Cuban city of Cienfuegos on Wednesday morning bridged a 55-year gap in scheduled airline service between Miami and destinations in Cuba.

Water cannons saluted the plane’s departure and pilots unfurled Cuban and American flags before takeoff. American Airlines Flight 903 with 100 people aboard departed Miami at 10 a.m. and landed in Cienfuegos roughly one hour and a half later.

Miami is home to the largest community of Cuban emigrants in the U.S. and the rebirth of scheduled commercial flights to Cuba is expected to provide greater opportunities for family visits. Passenger Serafin Pérez told the local media in Florida that faced with a family emergency, he had been able to make arrangements to get to Cienfuegos in just two days, for only $258 round trip.

“Before it was impossible to do this,” Pérez said. “You needed a lot of time and money to book a flight. Now, I was able to get on the Internet and do it.”

A spokesperson for Miami International Airport said in addition to the historic significance of the resumption of scheduled Miami-Cuba flights, travel to Cuba via charter flights had grown 30 percent last year, noting that with the struggling state of Latin America economies, the growth in Cuba travel was a bright spot.

Americans are still prohibited from visiting Cuba as tourists. They can only book trips that fall under one of twelve U.S. government specified categories.