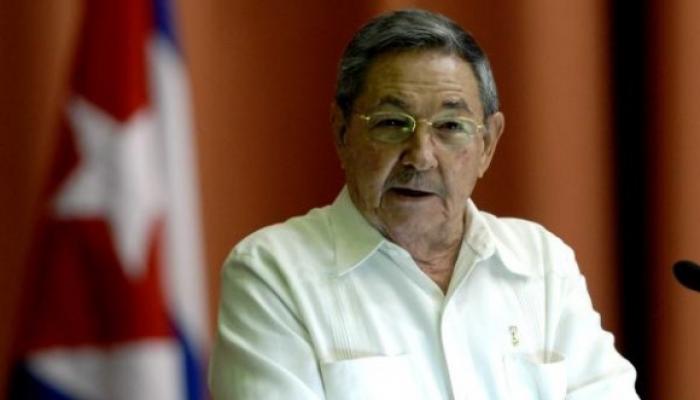 Havana, December 15 (RHC)-- Cuban President Raúl Castro urged Latin American and Caribbean peoples to express their support for and solidarity with Venezuela, as the South American nation is the victim of what the Cuban leader described as 'unprecedented hostilities by reactionary forces seeking to undermine the achievements of progressive movements in the region.'

In his remarks at a solidarity with Venezuela event held Wednesday in Havana, President Raúl Castro stressed that by standing with Venezuela, regional peoples are also defending their own countries' independence against today's counteroffensive by national oligarchies,imperialism and neo-liberalism.

President Raúl Castro also urged regional peoples to remain faithful to the proclamation of Latin America and the Caribbean as a zone of peace, as ratified by regional leaders at the 2nd Summit of the Community of Latin American and Caribbean States, held in January 2014 in Havana.

Wednesday's activity was also to mark the 12th anniversary of the Bolivarian Alliance for the Peoples of Our Americas (ALBA), launched in 2004 by then Presidents of Cuba and Venezuela, the late leaders Fidel Castro and Hugo Chavez, respectively.

Regarding ALBA and the role played by Chavez and Fidel in launching the regional integration mechanism, President Raúl Castro said: 'Fidel Castro and Hugo Chávez charted the map, set the goals and opened the way, and it is now up to all of us, to turn their legacy into our invincible bulwark in the defense of our big homeland -- our Americas.'