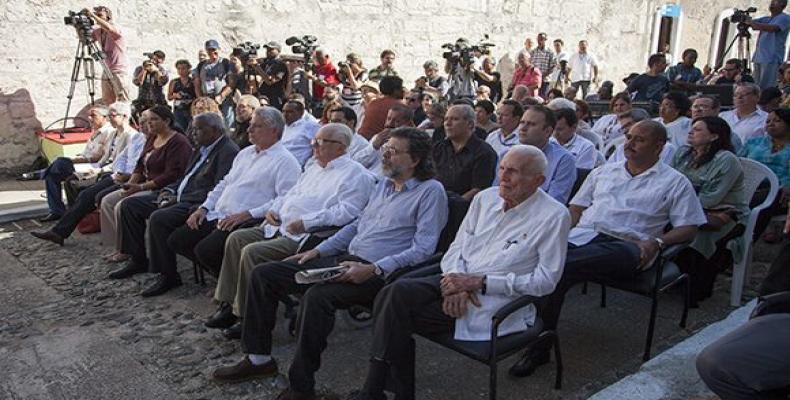 The first stage of this year's book fiesta runs through February 19th, after which the fair will travel across the country, with literary and artistic activities planned in all the provincial capitals and major cities until its official closure on April 16th in Santiago de Cuba.

Considered one of the most important cultural events in Cuba, the 2017 festival of reading is dedicated to Cuban intellectual Armando Hart and has Canada as its country of honor, with a large delegation made up of 30 authors and 36 editors, representing 18 publishing houses.

Special tributes will be paid during the fair to the leader of the Cuban Revolution, Fidel Castro, who died last November. The program includes colloquia and conferences on his political thinking and his indelible imprint in Cuban culture.

Several books on Fidel's life and work put together in 2016 to celebrate his 90th birthday will also be presented at the fair, some of them for the first time.

Juan Rodríguez Cabrera, President of the Fair and the Cuban Book Institute, pointed to the participation in this year's fair of exhibitors, authors and publishers from 46 countries.

The Cuban presence is naturally distinguished, with 70 publishing houses, more than 700 new titles and about four million copies of different texts. In the big tent-bookstore at the Cabaña fort alone, a total of 1,200 titles are made available to the public.