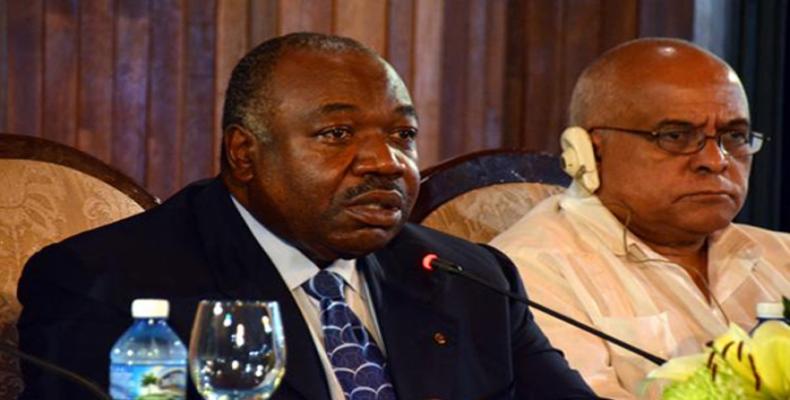 Havana, July 7 (RHC)-- The president of Gabon, Ali Bongo Ondimba, began his official visit to Havana on Friday in a meeting with Esteban Lazo, president of the National Assembly of the People's Power, and other parliamentary authorities.

He will also be received by his Cuban counterpart, Raúl Castro, with whom he will hold official talks.

During his official visit, the Gabonese president will pay tribute to Cuba's National Hero, José Martí, at the monument in his honor in the Plaza de la Revolución.