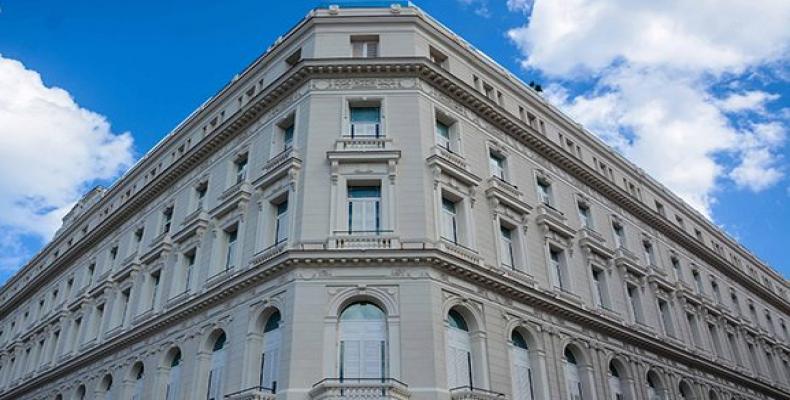 Santiago, April 17 (RHC)-- Cuba's Grand Hotel Manzana Kempinski has been named the continental winner of the Prix Versailles 2018 in architecture, in recognition of the extraordinary remodeling and refurbishing works conducted in the building housing the tourist facility in Old Havana.

Ten winning projects in Central America, the South and the Caribbean and twelve in North America were awarded in four categories: stores, shopping malls, hotels and restaurants.

In May, built projects in Africa and Asia will be awarded in Algiers and Beijing, respectively. The European winners will be announced in Paris.

The award places the Gran Hotel Manzana Kempinski among finalists for the World Prix Versailles, the winners of which will be announced at UNESCO's headquarters in Paris, next May 15.