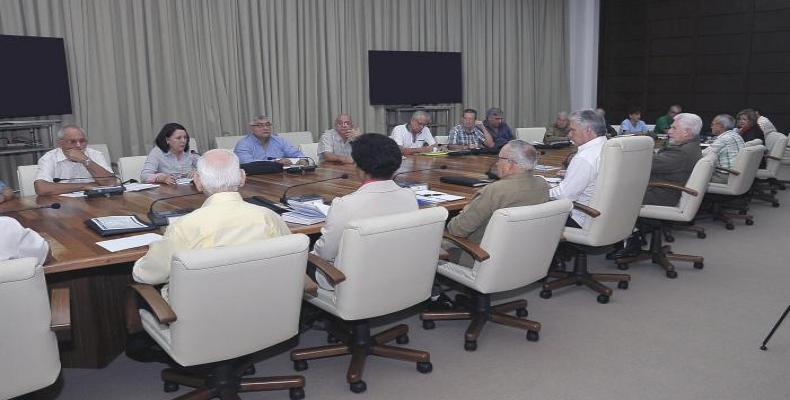 Havana, May 28 (RHC)-- President Miguel Díaz-Canel participated over the weekend in a review of the country’s housing program, which he described as a high priority given its impact on people's quality of life.

During the meeting, attended by government leaders and top executives of the country's housing and construction sectors, a detailed report was presented on the progress achieved thus far in promoting local production of construction materials, considered key to resolving housing problems.

According to the report, over the past five years, local production of construction materials has increased from 8 percent to 11 percent annually, while small scale production plants have been settled in 168 municipalities across the country.

Tomás Vázquez Enrique, director of the local material construction production program with the Ministry of Construction, said that work is currently underway to open 230 more plants to serve residents in another 230 neighborhoods. He further said that 80% of the material produced locally is made available directly to the population, while the remaining 20% is used by municipal governments for public works.

Díaz-Canel emphasized the urgency to address the issue of housing -- a longstanding problem on the island. In doing so, he urged to apply scientific knowledge and innovations developed by the country’s universities and research institutes.

Over the past few weeks, the Cuban head of state has held similar meetings to review the work of several ministries, analyzing programs and addressing a variety of issues, from transportation and water resources to digital television, the teaching of history, and culture. He further voiced his intention to continue periodic reviews of this kind.