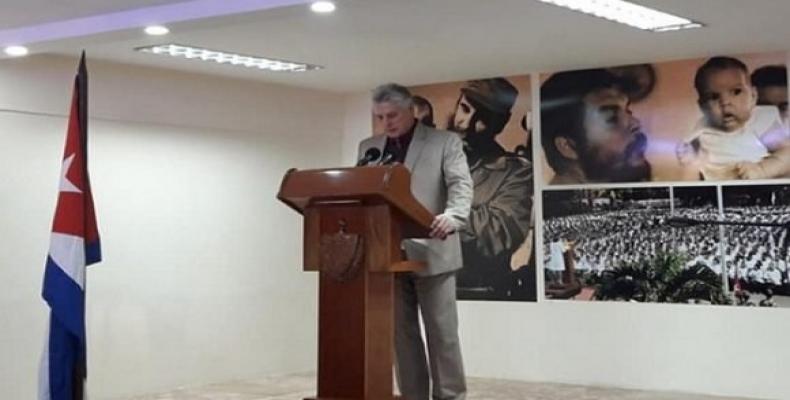 Havana, December 21 (RHC)—Cuban president Miguel Diaz-Canel reiterated Thursday that the island’s cooperation in the field of health will never be mercantile, and will always be guided by the values ​​of humanism, solidarity and internationalism.

Speaking at a ceremony to mark the official end of the Cuban Medical Brigade in Brazil´s More Doctors Program, Diaz-Canel said that of the 8,471 members of the brigade who were in that country when the decision was made on November 14th not to continue participating, 7,635 completed the mission, more than 90%.

'Not everyone is willing to perform the noble profession in the worst conditions,' he said.

He added that in Cuba, health professionals are trained with an attitude contrary to mercantilist calculations; with an attitude of altruism, generosity, and with a disposition to save lives without thinking about money.

He said that during the five years the medical brigade was in Brazil, some 20 thousand Cuban collaborators served 113 million 350 thousand patients in more than 3, 600 municipalities.

Díaz-Canel highlighted the work done by Cuban doctors in places of extreme poverty, a service also recognized by the Brazilian population and government.