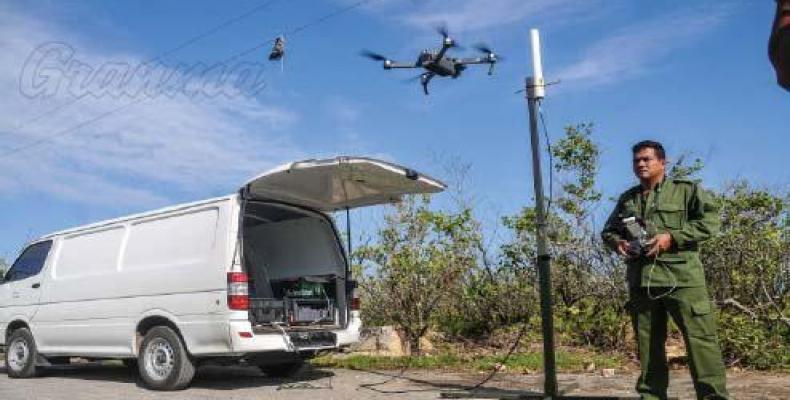 Havana, May 20 (RHC)-- New technologies are being used to further enhance Cuba´s capacity to react and respond to disasters.

On Sunday, the last day of Meteoro 2019, a nationwide drill to check preparedness to react to such calamities, unmanned aerial vehicles were used.
The Chief of National Civil Defense, Division General Ramon Pardo Guerra, and Tourism Minister Manuel Marrero Cruz were on hand to witnessed the use of the so called drones at Havana´s Hemingway Marina.

Hotels, marinas, camping bases and other infrastructure of the tourism industry are particularly vulnerable.

According to one of the specialists in the use of the devices quoted by Granma newspaper, in a situation of natural or technological disasters, they can make the difference between life and death, because they can reach places that are difficult to access.

“Providing images in real time allow decision-makers to assess damage, to know where and in what state people and animals are, and to make the pertinent decision in the mobilization of rescue units, “the expert said.