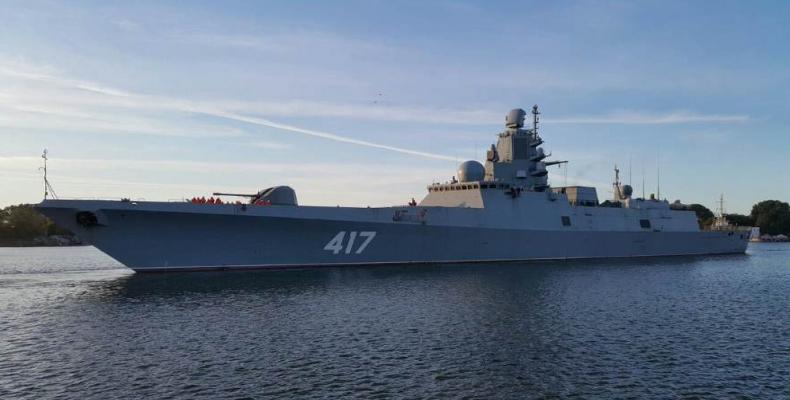 Havana, June 24 (RHC)--   A flotilla comprising Russia’s most modern warship and its escorts arived in the Cuban capital Monday for an official visit.

“During their stay in our country, the Russian sailors will carry out a program of activities that includes courtesy visits to the chief of the Revolutionary Navy, as well as touring places of historical and cultural interest,” a note relesed by the Cuban Revolutionary Armed Forces Ministry said.

The Northern Fleet’s naval group departed from the port of Severomorsk for its long-distance voyage on February 26, according to Russian media.

Its journey included stops in Djibouti and Sri Lanka before visiting China, where Admiral Gorshkov took part in a major naval parade, marking the 70th anniversary of the founding of the Chinese People’s Liberation Army Navy.

During the entrance to the port of Havana  21 salvos were fired from the Admiral Gorshkov as a greeting to the Nation, which were reciprocated by a battery of artillery of the Revolutionary Armed Forces from the Fort San Carlos de la Cabaña.